Few watches are as closely associated with motorsports as the TAG Heuer Carrera. The watch is both functionally brilliant and elegant. Thanks to a wide variety of designs, everyone will find what they are looking for within the Carrera series – whether it's a used vintage chronograph with three totalisers or a simple three-hand model.  More 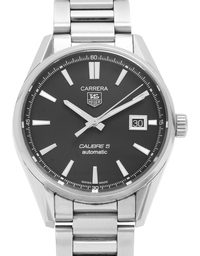 The TAG Heuer Carrera: A legend of motorsports


The TAG Heuer Carrera is one of the most well-known racing watches. The watch is a real classic with its three-hand dial and chronographs. The young Jack Heuer was inspired in 1962 by the well-known and to date world's most dangerous car race the "Rallye Carrera Panamericana". So he dedicated it a watch series: The TAG Heuer Carrera. 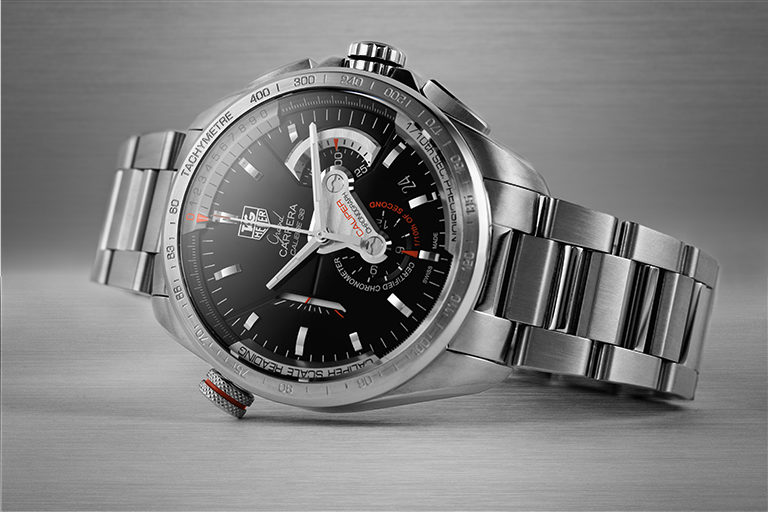 The original TAG Heuer Carrera watch with the reference number 2447 and the calibre Valjoux 72 was initially available only in black and white and had a 36 mm dial. Today the watch is available in five different sizes, the smallest at 39 mm. Interestingly, the Rolex Daytonas and Heuer Carreras of 1963 have more in common than one would think at first. Both watches were equipped with dials of the Swiss manufactory Singer. It can be seen immediately that both models have the same hour hands and identical digits on the sub-dials. Also used in 1963 Rolex slightly modified the calibre Valjoux 72 for their Daytonas.

Thanks to the elimination of the rotatable bezel, a total of 2 mm could be obtained on the dial diameter, compared to the popular Autavia. The sub-dials of the tracking second and the minute and hour counter were set one level lower to create a three-dimensional impression. The Carrera is known with two to three sub-dials, the first watches were manufactured until 1980 without a date. Today, every Carrera comes with a date display. There is a wide range of different models of the TAG Heuer Carrera series in both vintage and modern styles. Therefore, the "Classic Series" was introduced in 1998, which appeared with the latest technology but in old design. Even the logo has been changed from "TAG Heuer" to "Heuer" for this watch.

Despite the different designs, the timepiece is both sporty and elegant, making it consistently popular with both racers and their fans. Because it´s very tidy and straightforward design also fits perfectly with the suit. 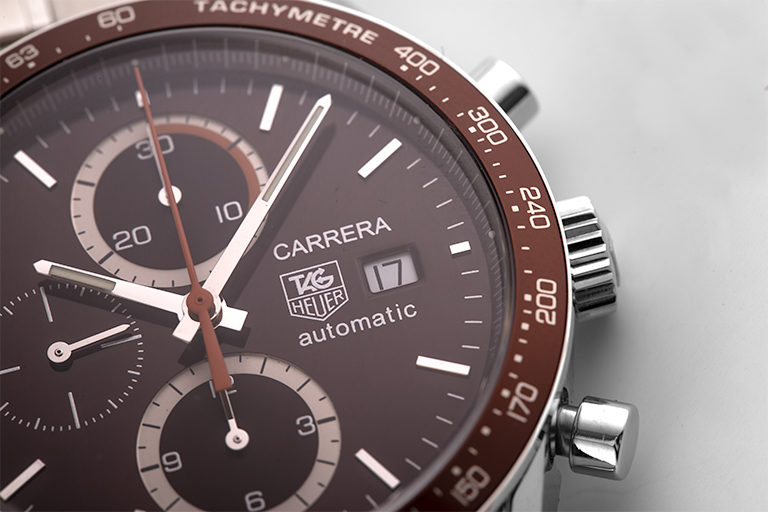 
The story of the TAG Heuer Carrera

The Swiss watchmaker Edouard Heuer founded the watch manufactory Heuer in 1860. As early as 1880, he was the first watchmaker worldwide to produce chronographs in series. This was the first milestone in a continuing success story. Over four generations, the company was passed on to members of the family, most recently to the successful entrepreneur Jack Heuer.

This was in 1962, as an avid racing fan in Florida at the famous Sebring International Raceway as he talked to the parents of the successful racing drivers Ricardo and Pedro Rodriguez. They raved about the legendary yet dangerous car race Carrera Panamericana, and with their enthusiasm, they set the young entrepreneur in such a position that he decided to develop an equally legendary watch and designate it after this race. The idea for the Heuer Carrera was born. One year later, in 1963, the watch already was launched. In contrast to its predecessors, the Heuer Carrera did not use the distinctive rotating bezel to guarantee better readability in any extreme situation.

The watch was immediately popular among both racing drivers and people who were simply interested in motorsports. The old Carrera vintage models still have the classic Heuer motif, after the merge with the TAG group in 1985, the motif was changed to the now known TAG Heuer logo.


Other popular models from TAG Heuer