Tudor is a brand that carries two great names: The one of the British dynasty and the one of Rolex, which created it as a sub brand. The idea behind Tudor is simple and powerful: To create watches that are cheaper than Rolexes, but have the same level of quality and reliability.  More 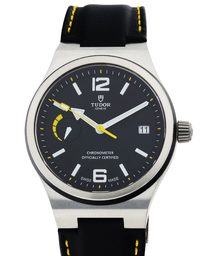 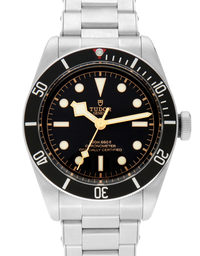 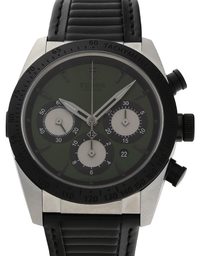 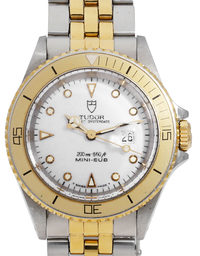 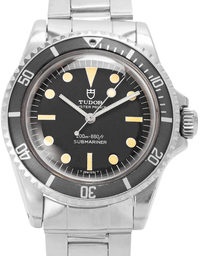 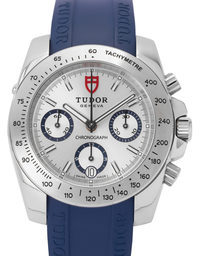 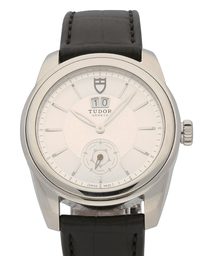 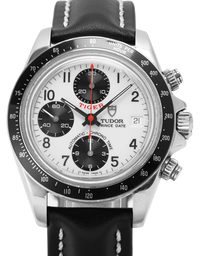 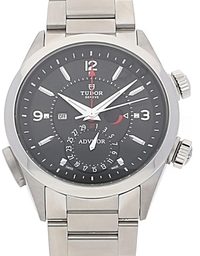 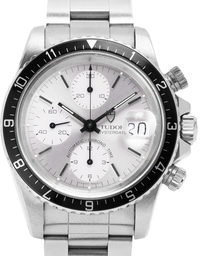 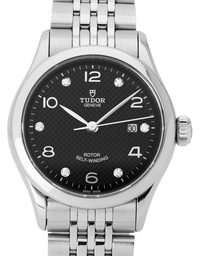 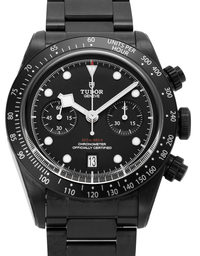 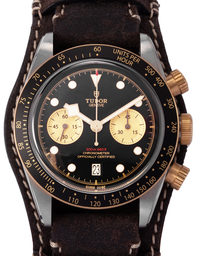 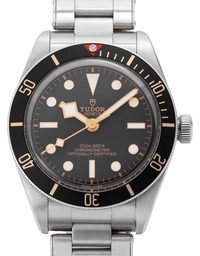 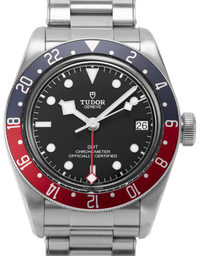 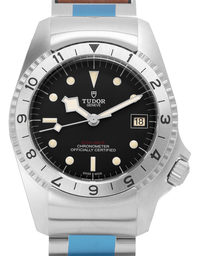 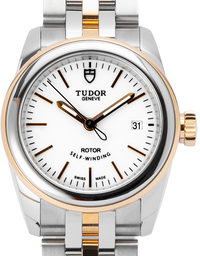 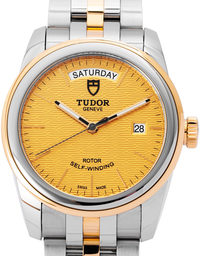 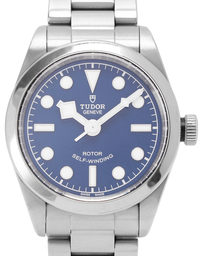 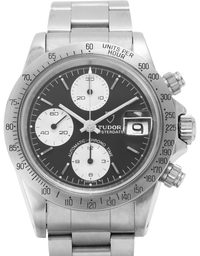 Buy your Tudor watch quickly and easily from Watchmaster

Find a wide selection of new, vintage and used Tudor watches on our online store. As a service, we check and certify all watches sold in order to guarantee authenticity for a safe purchase. If you want to get your Tudor timepiece quickly, you can easily pay for it by credit card. If you want to plan your investment over the long term, you can conveniently pay for your desired model in monthly installments as part of our financing plan. Financing a Tudor watch is often worth considering: in some cases, adding value can not only recoup the cost of financing, but can also outperform it in the long run. Find out on our website about which payment option is right for you and buy your favourite Tudor Watch today. 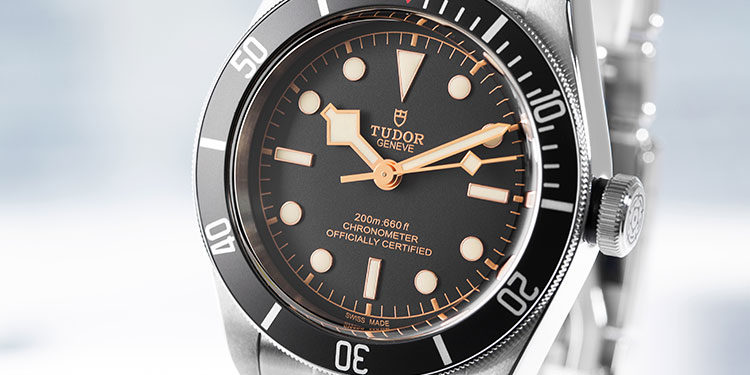 The top 5 Models of Tudor


What is the Price of a Tudor watch? 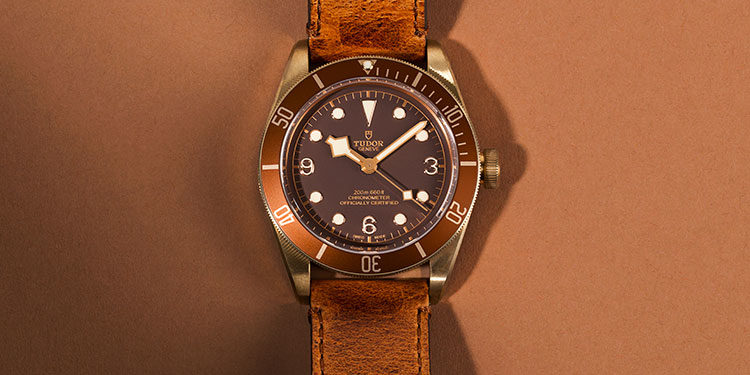 Pre-owned and vintage Tudor watches as an investment

On our online shop you´ll find different Tudor models, vintage and used in excellent condition. Tested and certified by us in-house, we guarantee original Tudor watches at prices often below the general market value. Buying a used luxury watch from Tudor can also be a worthwhile investment. In most cases, watches from major brands experience a constant increase in value over the years. Models such as the Pelagos show an increase in the resale price over a short period of time, which is noticeable: Between 2012 and 2016, their price alone rose from € 3,250 to € 4,110.

Inexpensive and equally as excellent as Rolex: Tudor's story


More than two decades after Rolex was founded, its founder Hans Wilsdorf realised an idea that he had been thinking about for a long time. He wanted to make watches that would be less expensive than Rolex, but as robust and reliable. Instead of incorporating these watches into the regular Rolex assortment, he created a subsidiary brand with it’s own name. As an enthusiastic English patriot, he named the company after one of the most famous British royal houses of all time - The House of Tudor. Therefore, until the end of the 60s, a stylized rose was shown as a reference to the coat of arms of the royal house on every Tudor watch, after which it was replaced by the now well-known heraldic shield.
Production initially began with Rolex enclosures, which were equipped with lower-priced supplier movements from ETA or Valjoux. Among the most popular models was the Tudor Submariner, which was based on the eponymous Rolex classic. It lived up to Rolex's quality standards so much that it was used by the French Navy for decades. For their divers, Tudor developed the Pelagos LHD a watch especially for left-handers. The winding crown is mounted on the left side so it can be worn ergonomically right on the right hand. Tudor celebrated initial success with its own designs when the company released a range of sporty chronograph models with distinctive color combinations. The most successful model was the Monte Carlo from 1974, which was reissued in the Heritage Chronograph series. Even today, the Tudor assortment is divided in two. Timeless classic models in the style of Rolex stand alongside dynamic sports models that draw attention to each other with expressive colors.

Many of Tudor's most popular watches are heritage editions that pick up on the most successful designs of Tudor’s history and combine them with cutting-edge technology. The fact that this strategy is more than just nostalgic shows the increasing popularity of the Swiss brand. 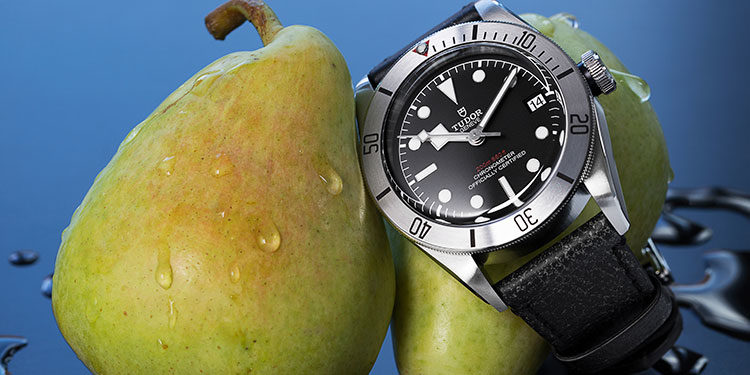 When Rolex was founded, mechanical wristwatches were far from being seen as luxury items. Quartz watches and cell phones were unthinkable at the time, so almost every man wore a watch for everyday use on his wrist.
Rolex watches are therefore designed to withstand all the stresses of everyday life. The superior quality that Rolex pursued enabled them to make watches durable enough for manual jobs such as construction and steel foundries. At the same time, the purchase of such a watch was often too expensive. This meant that groups of people who needed them the most, often could not afford them. For a long time, Hans Wilsdorf, the founder of Rolex, was thinking of creating a production line that could be "sold at a lower price than our Rolex, which is just as reliable." With Tudor he finally realised this idea. The brand's focus today is on quality, functionality and cost efficiency: Tudor watches are less prestigious than Rolex models, but offer the same high quality at a significant lower price. Usually they are appreciated and bought by watch enthusiasts and people who find Rolex's enormous reputation distracting.
With the new campaign #borntodare Tudor emphasises that one is ready to take other paths, to test unusual materials, simply to risk something new. By combining well-proven designs and new technologies, the brand has always sought to transcend itself and take alternative opportunities. Keeping in line with this, the new campaign is aimed primarily at those who face challenges on a daily basis and do not shy away from adventures. 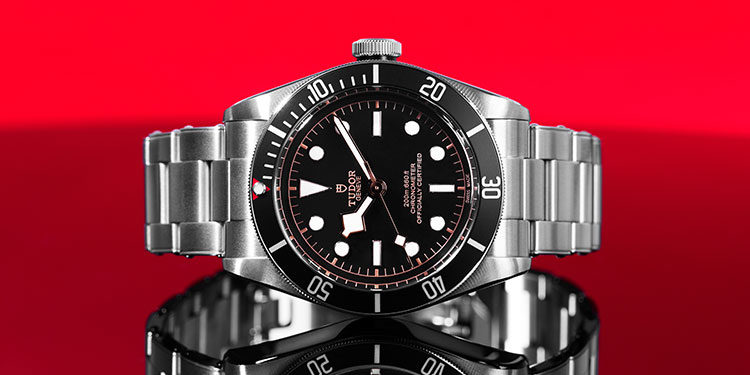 For a long time Tudor produced wristwatches that visually differed only minimally from Rolex models. After several decades, the brand began to develop its own design language, which is characterised by sportier and more striking characteristics than the classic discreet Rolex style. One of the features is the use of strong colours that give the Tudor models a dynamic touch. In addition, Tudor likes to use playful forms such as the famous "snowflake" hands or shield-shaped indices, which clearly emphasises the fresh flair of the watches. A style that catches your eye without being pompous or pretentious. Tudor also makes some series that have remained true to the timeless and classic Rolex style, but without copying it, such as the Classic Collection and the Style series.
Numerous watch connoisseurs all over the world already appreciate the robustness and outstanding functionality of Tudor watches. Specifically, the legendary "Tudor Submariner" was very popular among soldiers of the naval forces around the globe and was used by the French Navy National, the Jamaican Defense Force, the Canadian Navy and the US Navy.

Hollywood celebrities are repeatedly spotted with Tudor watches on the wrist. In "Mission: Impossible 4 - Ghost Protocol" Tom Cruise wore a Tudor Heritage Chronograph with a black dial. Neil Patrick Harris (starrring in How I met your mother) recently added a Tudor to his collection. In addition,Tudor has brought two world stars on-board with Jay Chou and Beauden Barrett in his new “Born to Dare” campaign.
Lady Gaga not only breaks taboos in the music world and lives her celebrity status as an art form. Nothing is left to chance in their outfits - every accessory is a statement. In the video she wears the Tudor Heritage Black Bay, whose red bezel stands out prominently. Football star David Beckham is another face of the campaign. Beckham, who dreamed of becoming a footballer from childhood, followed his dream, always ready to give his everything and cross his own borders. He does not have to compromise with the Tudor Black Bay S&G and combines quality with comfort.
What our customers say about us
SELL YOUR WATCH
Looking for a Watch?
Join our newsletter
[[ newsletterCtrl.subscriptionMsg ]]

* Terms and conditions apply
All prices include VAT. If differential taxation in accordance with §25a UStG is applicable the VAT will not be reported separately.
Watchmaster ICP GmbH | Charlottenstraße 60 | 10117 Berlin | Germany
© Watchmaster ICP GmbH
# 4f332cd57