The brand Ulysse Nardin is unparalleled. Absolutely traditional, yet always keen to demonstrate their innovative spirit. Many timepieces were created with sophisticated complications in conjunction with timeless design.  More 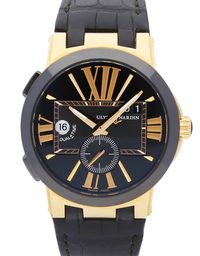 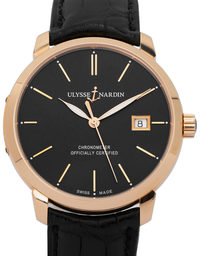 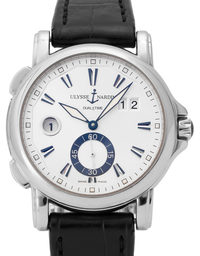 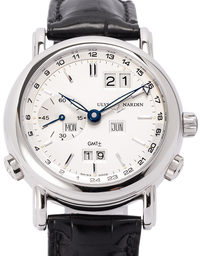 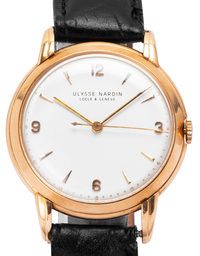 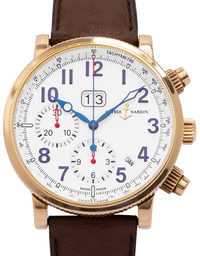 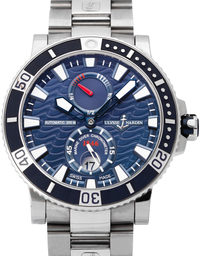 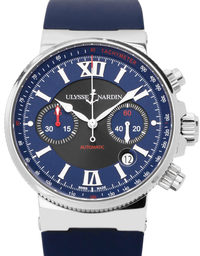 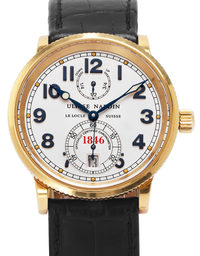 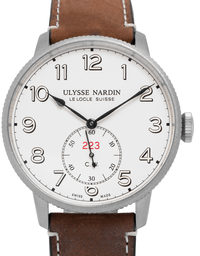 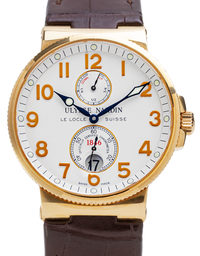 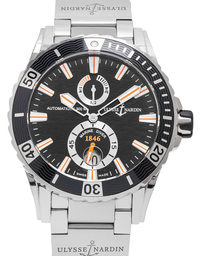 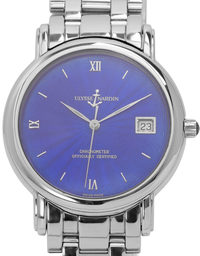 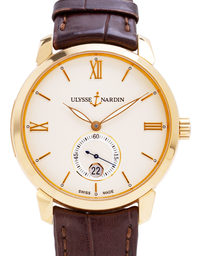 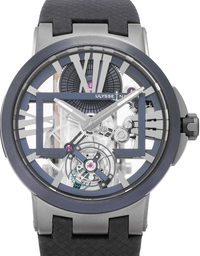 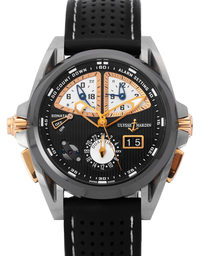 
You've fallen in love with a pre-owned or vintage Ulysse Nardin watch and are now facing the problem that a cheap Ulysse Nardin is hard to find. But among the numerous certified, used luxury watches in the Watchmaster online shop are always models of the premium brand represented. You can conveniently buy this by credit card, PayPal or the classical way via bank transfer. Alternatively, Watchmaster offers you affordable financing options for your desired Ulysse Nardin watch. During the order process, you can put together your own instalment plan, determine the period and amount of the down payment yourself and just in a few days you will hold your new Ulysse Nardin watch in hands! 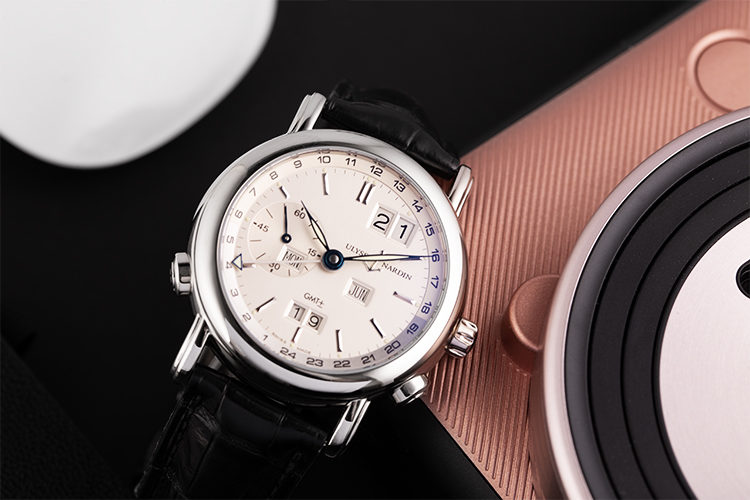 The collections at a glance

The range of Ulysse Nardin is divided into five collections. Each of them has its own unique characteristics and expresses excellence in a different way. 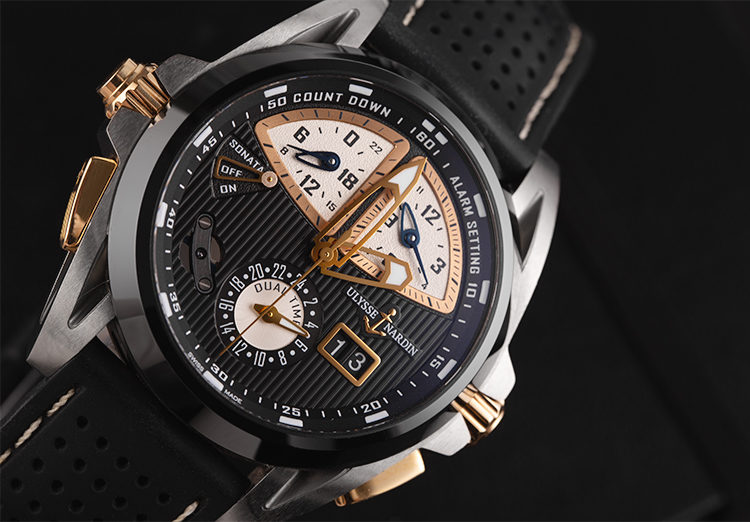 Ulysse Nardin watches and prices at a glance

A Ulysse Nardin as an investment?

The most important thing in advance: Nobody can guarantee a gain in value of a luxury watch. Most models experience a decline in value, similar to new cars. But if a model is to become an iconic object in the coming years, attractive returns can be expected. The trick is to anticipate and hit the development of a watch when it is at its lowest price point. Since not everyone has such a high degree of experience, we summarize the most important indications here, which do not promise an increase in value but make it more probable.

Ulysse Nardin watches have many of the mentioned features: The manufacturer is known and recognized worldwide. The registered office of the brand has been located in Switzerland since its inception, more than 150 years ago. Even in the quartz crisis, Ulysse Nardin remained true to tradition instead of relocating. That all models have additional complications, can hardly be overseen – in fact, the company lives the joy of experimentation and keeps coming up with revolutionary innovations.

Ultimately we can give you, as mentioned above, no guarantee for an increase in value of a Ulysse Nardin watch. But judged by the decisive hints, the odds are certainly not bad. However, a detailed search of the model of your desire, as well as a monitoring of the market price development is strongly recommended in any case. 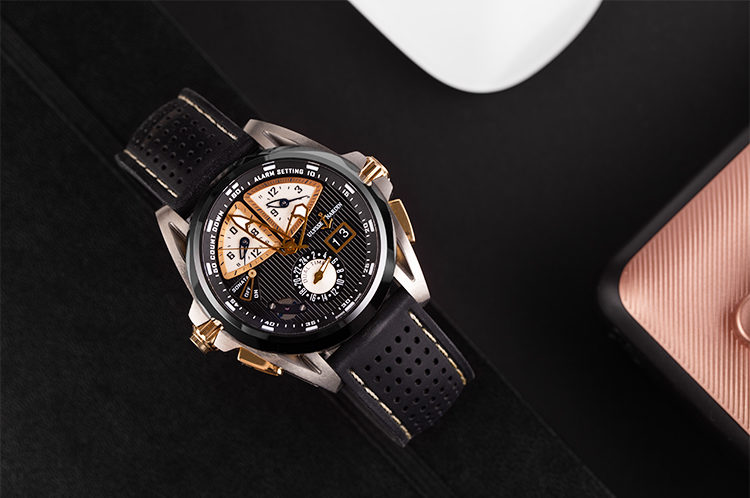 The story of the brand – a true roller coaster ride

The craft of watchmaking was in the blood of the Nardin family. Already Léonard Frédéric Nardin was an esteemed watchmaker, but it was his son Ulysse who laid the foundation of the family heritage. He was born in 1823 and did the same as his father, he learned the trade of watchmaking. Ulysse Nardin took the big step into self-employment and in 1846 opened his own factory in Le Locle, Switzerland. The founder was blessed with talent. Thanks to him, the company of the same name, Ulysse Nardin, won many prizes for the refined pocket watches, which came from the engineering table of the founder.

In 1876, Ulysse died unexpectedly and his son was pushed into the cold water – at age 19, Paul David Nardin took over the leadership of the manufactory. But he knew how to manage the situation. He quickly established the small Swiss company and was finally an internationally recognized manufacturer of pocket watches and marine chronometers. After a few years, more than 50 shipping fleets from all over the world, as well as international shipping companies, were equipped with naval chronographs from Ulysse Nardin. At the beginning of the 20th century, the company began producing wrist watches. Pocket watches were still the prevalent timepiece in society, but other companies had already begun producing wristwatches – a trend was emerging. Not long and the wristwatch had almost completely replaced the pocket watch. Ulysse Nardin also managed to differentiate his brand from other manufacturers in this new market and he was very successful. On the occasion of the Olympic Summer Games in 1936, Ulysse Nardin presented an absolute novelty – a men's watch, made of stainless steel with chronograph function and automatic winding. This did not exist before, but once again the company proved its visionary spirit.

A harsh blow had to take the manufactory in the 1980s. The quartz crisis drove many manufacturers to the brink of insolvency, which is why most tried to jump on the bandwagon and also produced quartz watches. But not Ulysse Nardin: The brand decided not to break with tradition and stayed with the well-known mechanical watches. This almost drove the company into bankruptcy. In 1983, however, a resourceful businessman and watch enthusiast, Rolf W. Schnyder, took the favour of the hour. The Swiss took over the ailing company because he recognized the potential and the knowledge of the manufactory. With the energetic support of his business partner and watch designer, Ludwig Oechslin, Schnyder succeeded in getting the company Ulysse Nardin back on track. Within a few years, the watchmaker's position in the luxury watch marketplace was a new one. Today Ulysse Nardin is one of the leading manufacturers of Swiss luxury watches, sees itself at the forefront of the watch industry and can draw on both a long tradition and on knowledge of the extra class. The maritime origin of the brand is still clearly recognizable in many series by Ulysse Nardin.

Continuous development of significant innovations – true to this motto, the founder Ulysse Nardin began to build his watches. After the takeover of the family business by Rolf W. Schnyder in 1983, the idea to continue research and developing new mechanisms became more than ever the brand philosophy. Due to the pursuit of the new and the idea of maintaining the traditional values, the introduction of the eternal calendar in 1996 was successful. This is still the supreme discipline of all complications. The calendar display takes into account not just months with 30 days without manual adjustment or 31 days, but even leap years. The implementation of silicon in movements is also due to Ulysse Nardin, today this technology is used by almost all manufacturers.