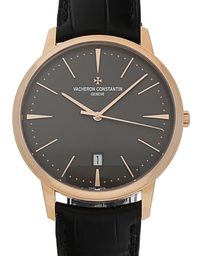 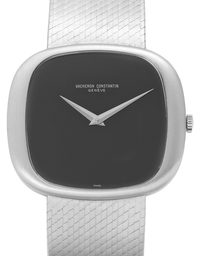 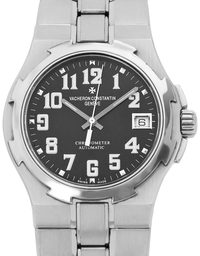 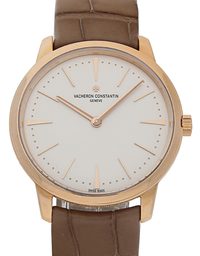 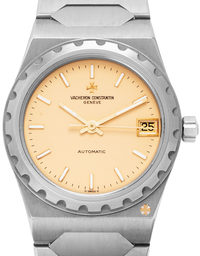 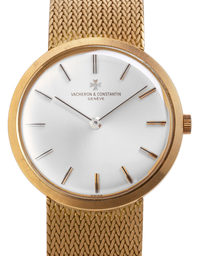 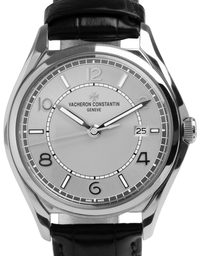 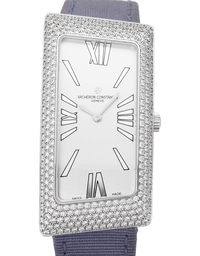 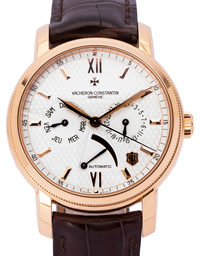 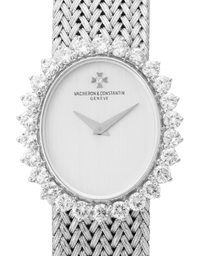 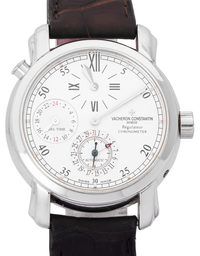 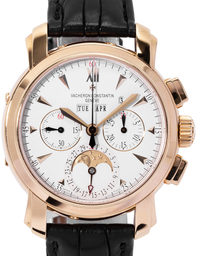 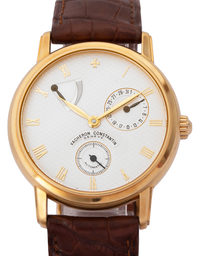 Would you like to invest in a pre-owned Vacheron Constantin watch?

If you are considering buying a Vacheron Constantin luxury watch, the following section will probably help you with your decision. Normally, you buy a watch because you like it. But luxury watches are becoming an increasingly important investment. One wonders which watches, which brands promise an increase in value? First of all: nobody can guarantee you a positive price development. Nevertheless, there are features of a watch that make it more likely than not to get a return.


Vintage Vacheron Constantin watches meet these criteria. Certainly, it is not easy to get a Vacheron Constantin for a cheap price. But in the future, the popular timepieces could be much more expensive. Whatever you ultimately choose, thorough research should be a prerequisite for the purchase decision.

The oldest, operating manufacturer of the world

It was the 17th of September, 1755, when the young master watchmaker Jean-Marc Vacheron hired his first apprentice in Geneva to pass on his horological knowledge and skills. This apprentice contract is now considered the birth certificate of the brand Vacheron Constantin. When Abraham Vacheron, son of the founder, took over the Atelier in 1785, France was politically heading for the French Revolution. Despite upheavals in politics and the French-occupied Geneva, Abraham Vacheron continued to lead the company successful. Undeterred, he followed the ideals of his father; he managed to build up the Maison during the riots. The year 1790 marked the beginning of a new era in the watch industry. The studios of Vacheron built the first known complications. A complication is an additional feature that complements the display of the time. The first of such was found on the elaborately engraved dial of a wall clock, in addition, this could indicate both weekday and date.

In 1810 Abraham Vacheron passed on the venerable profession as watchmaker to his son, Jacques Barthélémi Vacheron, who henceforth lead the family business. Under the supervision of the new generation, the house now focused on more complicated watches such as music watches. The grandson of the founder's achieved first exports to France and Italy. His customer base grew steadily. With the customer base came also the reputation Vacherons, Prince Karl Albert of Carignan (later King of Sardinia) and his son (later King of Italy) were among his customers.

The company experienced a decisive turnaround in 1819. Jacques Barthélémi Vacheron entered into a partnership with the well-versed François Constantin, which is still reflected today. The two resourceful men shared the same passion for complicated but elegant watches. Thanks to Vacheron's distinctive knowledge and Constantine's sense of business, they opened up, in teamwork, numerous new markets around the world. In 1824, the company Vacheron Constantin set a new milestone: They launched a pocket watch with a jumping hour. The current hour was read through a window at twelve o'clock, while the minutes were read on the 60-minute scale. The display form was absolutely unusual at that time and witnessed true technical mastery. It wasn’t long until the reputation of the house was also known across the oceans. So it was already in 1832 when the first branch in New York was opened. Within three more years, Vacheron Constantin expanded to Cuba and Brazil.

Around 1869, the worldwide quest for absolute precision was now driven forward on a scientific level. Through the innovations and upheavals in the world and society, always new impetus was influencing the development of the first chronometer which was focused on technical progress. Above all, Vacheron Constantin, the company's award-winning pocket chronometers, shaped this era of scientific watchmaking. As a result, prestigious precision competitions were held, continuing to drive continuous improvement. Vacheron Constantin won the first of these competitions in 1872, marking the beginning of a century of award-winning records.

In 1880, the company's logo, the Maltese Cross, was registered with the Federal Office for Trade Marks in Bern. It symbolizes the incessant pursuit of precision because the cross is reminiscent of a historical movement component, which ensured a constant amount of force on the spring and thus increased the accuracy and precision. In 1889 Vacheron Constantin introduced one of the first mass-produced wristwatches, a magnificent bracelet with an engraved fitting and a dial framed by diamonds. For the first time, this wristwatch created something like a competition for the hitherto widespread pocket watch.

The Geneva stamp is a seal of quality as a sign of horological excellence. It was founded by the Canton of Geneva in 1886 to protect watchmaking from Geneva and to guarantee its origin, quality, precision and longevity. In 1901, for the first time, a calibre by Vacheron Constantin was awarded the Geneva Hallmark. The manufactory is today the oldest still active, whose watches then, as today, are awarded this quality seal. Five years later, Vacheron Constantin opened its first boutique. An urgently needed step, because in the meantime the company was looking onto a high-profile customer base. As the official purveyor to the Serbian royal family and with customers such as the Henry brothers, the Queen of Romania or Prince Napoleon, they could now be duly received.

In 1912 Vacheron Constantin ventured a veritable breakthrough in style when they presented the first case in a tonneau shape. The new form was very popular with both male and female customers. To this day, the Tonneau case is a special trademark of the house. In the Golden Twenties, Vacheron Constantin was introducing a wristwatch on the American market. A model with a pillow-shaped case, white dial with Arabic numerals, small second and external minute scale guaranteed easy readability. Even in the postwar period, the company was unstoppable in its creativity. So the brand published 1952 again a new case form. At the same time angular and arched, the wristwatch seems unusual at first, but also contains several complications. Included is a three-window calendar with indication for the weekday, month and day in the month, as well as the moon phase. After a few weeks, however, the new design established itself. In 2003 it was added to the collection "Historiques".

In 1977, the factory celebrated its 222-year anniversary. To mark the event, Vacheron Constantin launched a steel wristwatch with screw-down bezel, easy-to-read luminescent hands and indexes, and a water resistance of up to 120 meters. The model with the name "222" was developed for traveling and adventures in the wild. It was the base for the later following "Overseas". This was presented shortly before the turn of the millennium in 1996 and is now considered a diver's watch.

On August 9, 2004, the factory management, administration and manufacturing workshops of the manufactory moved to the new, international headquarters in Plan-les-Ouates, Switzerland. The futuristic building looks imposing. It has the form of a stylized, half Maltese cross. The fact that everything, from production to management is unified in one building has a long tradition at Vacheron Constantin. In March 2011, the company launched the "Cercle 250", an association of companies that have been operating for at least 250 years without interruption. The goal of the organization is to bring centuries-old traditions together with talented visionaries, creating new inventions or reviving the old. All members share the same values: passion for craftsmanship and exchange with each other.

In 2013, the entire production of individual watch components expanded into the new factory in Le Brassus, in the heart of the Joux Valley. Equipped with state-of-the-art technologies and a more efficient production process, the foundation for exponential development was set. The brand achieved a very special milestone in 2015. After more than eight years of development work with three master watchmakers involved, the manufacture published the Reference 57260, making it the most complicated watch ever created. The model has 57 complications and was born out of the ambition to be even better than anybody else. So Vacheron Constantin continues to work with creativity on ever new models and is at the forefront of luxury watches. Connoisseurs know about the quality and the history, which is behind the not quite cheap brand.

Together with Patek Philippe and Audemars Piguet, Vacheron Constantin has a long tradition of developing watches with the most complications. These three brands are therefore also referred to as the "Holy Trinity" of the watch industry.


The corporate philosophy: Conviction is not everything

On July 5, 1819, the businessman and partner of the founder's grandson, François Constantin, was travelling in Turin. He travelled often and brought Vacheron Constantin brand into the world to enter new markets. In a letter from Turin to his partner Jacques Barthélémi Vacheron he wrote the following sentence: "Always make it better, if possible - and that's always possible." It did not take long and the statement became the claim of the manufactory and today reflects the corporate philosophy. The pursuit of perfection, a creed that has been handed down for centuries, to which the company devotes itself wholeheartedly.