The Cartier Tank is an icon among Cartier watches. Since 1917, it convinces with its inimitable design, which is modeled after tanks and thus was also eponymous. More than 100 years later, the Tank family consists of 6 series, all based on the original model.  More 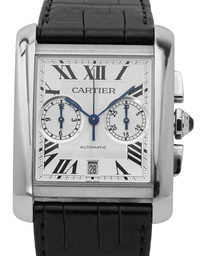 Cartier Tank watches – When something positive emerges from war

Buy used models of the Cartier Tank at a reasonable price


The Watchmaster online shop offers many other certified, used luxury watches from the Tank family for women and men. All of them are checked and authenticated by our in-house watchmakers. Besides second-hand Cartier Tank watches, we offer also new and vintage models. If the decision for your favorite model has already been made, you can either pay the entire purchase price directly by credit card, bank transfer or via PayPal. Alternatively, we offer you the possibility of financing: Determine the down payment amount and installment terms yourself and thus design your individual financing plan. Further information on the purchase process and financing can be found on our website. Our customer service is also happy to advise you. In just a few days your new watch could arrive at your doorstep. 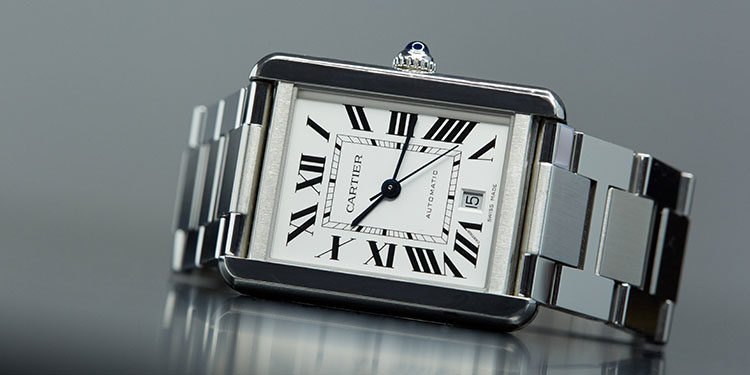 The story of the Cartier Tank begins where a war ends


The story of the Cartier Tank begins where a war ends: In 1917. At the end of World War I when Louis Cartier seeks inspiration for his new watch collection. When the american troops intervened in France in 1917 in the war and help the European nations, they used a novelty. Tank (eng. "Tank"). Big guns mounted on a vehicle, mobile on track-like chains, were not known yet.

Enthusiastic about the success of the American troops and their new type of war machine, Louis Cartier designed the still today well-known Cartier Tank. He was inspired by the rectangular and flat shape of the Mark IV tanks – and created a counterpart to the previously widespread pocket watches. As a memento and tribute to their services, Louis Cartier handed over the first models to the courageous American commanders, including General Joseph Pershing and his officers. Just two years later, in 1919, the watch series was made available to the public and launched on the market.

The Cartier Tank is still considered one of the biggest icons of the Cartier product range, just over 100 years later. Among other things, probably for the reason that it was more than just a wristwatch when it was introduced to the market: it is regarded as a trailblazer. In the 20s of the last century, wristwatches were at best smiled at, pocket watches were the prevailing trend. Wristwatches were something for pilots or soldiers – professions in which the men or women had no extra hand during the exercise of their activity to get the watch out of their pockets. For the sake of simplicity, many manufacturers built pocket watches with straps and sold them as wristwatches. However, those were rather uncomfortable, as the preferences of the population then gradually turned to wristwatches. Cartier already had a considerable lead. Both in the products they offered and the know-how.


Both then and now, on the dial of the Cartier Tank, there are the Breguet hands, Roman numerals and the military minute. These trademarks could under no circumstances be given up as they contribute to a high recognition value. The same applies to the blue sapphire, which adorns the crown of the watch. Even the rectangular shape has been retained, but Cartier is no longer the only manufacturer with this unusual case form. This is the first association with this case form the Cartier Tank. The movement of the first tank models came from Jaeger-LeCoultre and was a piece of extraordinary quality. It was therefore used for many years.

This was followed by the manufactory movement 9452 MC presented in 2008, which was awarded the Geneva Hallmark. It was first used in the Tank Américaine. To celebrate its 100th anniversary Cartier presented another manufacturing caliber – the 9917 MC, which was even adapted to the slight curve of the housing, thus allowing an even flatter construction. This is installed in the tank Cintrée Skeleton. Through its transparent case it provides insight into the movement. Current models of the Tank Louis Cartier are operated by the manual caliber 8971 MC, the watch still embodies the philosophy of the Tank family: A clear indication of time on the wrist. 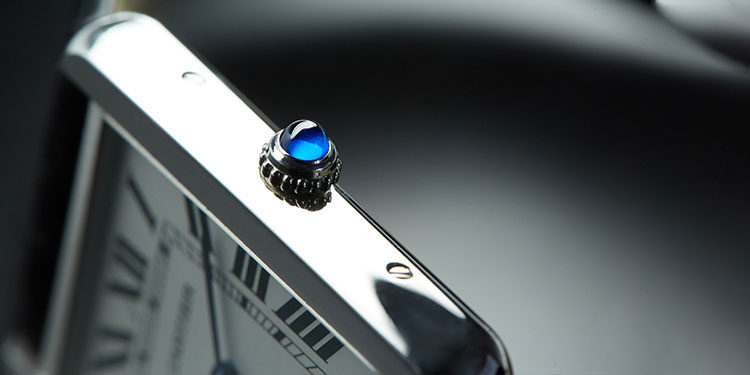 Under the family name Cartier Tank several series are hidden. All are based on the original tank. Even 100 years later, the series is up to date – that speaks for timelessness. 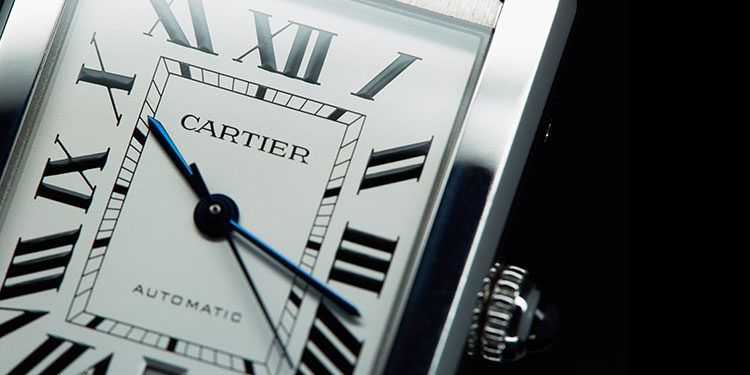 Popular around the world: the Cartier Tank


Looking at the history and timelessness of the tank models, it is not surprising that it has always been established with various celebrities. The tank made its cinematic breakthrough at the age of nine on the wrist of Rudolph Valentino in "The son of the Sheikh" – regardless of the historical discrepancy between watch and film setting.

But many other famous people are vehemently in favor of the Cartier Tank. Personalities such as Michelle Obama, Jackie Kennedy, Princess Diana and superstars like Muhammad Ali, Madonna and Andy Warhol can be seen in numerous photos with their tanks. The latter never wore his Tank wound up.In an interview he commented, "I do not wear it to show me the time. I carry the Tank with me, because that's a watch that you have to own."

Whether for men or women, in politics, art or pop – the Tank can look back on a broad sponsorship for its 100th birthday. It was not so long ago that Star Kim Kardashian bought Jackie Kennedy's tank for $379,500 at an auction!