Rolex: The brand, its people and popular watches

Rolex – the king of luxury watches

The story behind the brand: ambition and innovation

The history of Rolex began in 1905, when Hans Wilsdorf founded an import company for Swiss watch movements in London, together with his brother-in-law. Wilsdorf believed in the importance of wristwatches, which were still rather unpopular at that time, mainly because their accuracy was unreliable. The consensus regarding wristwatches was that they would never reach the precision and reliability of a pocket watch. Their case was considered too small for a powerful movement, with the constant movement of the wrist posing too much strain. Wilsdorf was not disheartened and restlessly drove the development of watch technology, despite all doubts. This indefatigable work was not without success. In 1910, Rolex refuted the reputation of lack of precision when a Rolex model earned the first chronometer certificate for wristwatches. Four years later, the company even surpassed this achievement when one of its watches was awarded a Class A Precision Certification – a sophisticated accuracy certificate previously reserved for large and complex marine chronometers. 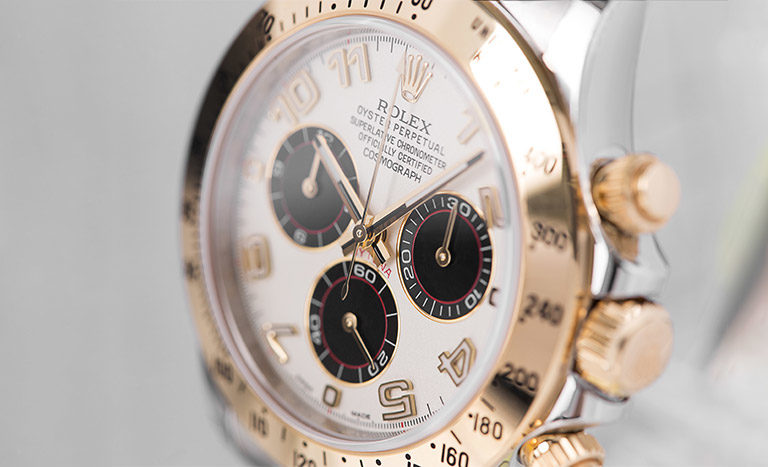 In 1926 Rolex made the next breakthrough in a fundamental weakness of the watch: its high unreliability. The problem was vested in the winding crown of the movements, through which dust and water could easily penetrate the sensitive movement. Wilsdorf solved it with entrepreneurial skill by purchasing a patent for a lock-tight winding crown and making it the first waterproof and dust-proof housing for wristwatches. Perhaps the greatest component of watchmaking history was discovered: the "Oyster" case, which is still used today for almost all Rolex watches and of course the most popular Rolex model series including the Submariner, the Daytona, and the Datejust.

But like nearly all innovations, the "Oyster" came with its downsides. It soon became obvious that the tightness of the watches could not be guaranteed over the long run as their owners did not screw the crown properly after putting the watch on or the seals wore out. Rolex overcame that challenge by simply eliminating the manual wind lift. In 1931, the company purchased the patent for a spring-loaded, light-weight spring mounted inside the watch case which was driven by the owner's movements. Like the waterproof case, the automatic watch made its triumphant advance under the brand name "Rolex" until the patent expired in 1948.

The date display as we know it today is yet another innovation associated with the name "Rolex". Previously, watches with additional hands and a calendar scale on the edge of the dial were common, but they were optically overloaded and difficult to read. The introduction of the Rolex Datejust with its discreet window and date plate installed under the dial solved this issue and soon became a bestseller. 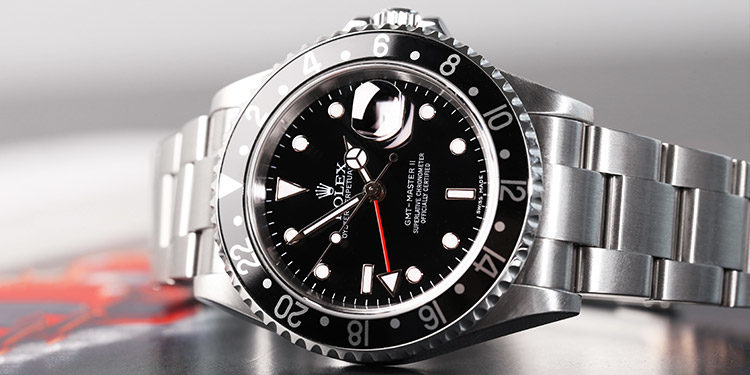 How Rolex became a legend

Innovations were always an important key to the success of Rolex – but the fascination with the brand would never have left enthusiast circles if marketing genius Hans Wilsdorf had not spectacularly staged their technical masterpieces. The myth began in the cold waters of the Atlantic Ocean: On 7 October 1927, the young Briton Mercedes Gleitze was the first swimmer to successfully cross the English Channel. When she announced a repetition, Wilsdorf saw a chance to publicize the reliability of the Oyster. In a letter, he offered Gleitze a watch as a gift if she would wear it while crossing the canal. Although the Briton was unconsciously pulled out of the nearly freezing water after more than 10 hours, the Rolex Oyster had accomplished its mission: The watch was in immaculate condition and accurately indicated the time as if nothing had happened. An impressive triumph of technology that Rolex announced with an ad on the front page of the "Daily Mail".

The popularity of this endurance test has led to a long series of collaborations with athletes and explorers who have consistently tested the durability of Rolex watches in the most inhospitable extreme situations on earth. Also legendary are the trips to the deepest point of the oceans, which Rolex models of the Deepsea series had made. When in 1960 the discoverer Jaques Picard dived with his submarine ”Trieste” to the deepest point of the oceans, the Challenger Deep in the Mariana Trench, a Rolex Deep Sea Special was attached to the outer shell of the Trieste. In 2012, Rolex was an active part of the team when Hollywood director James Cameron, along with the National Geographic Society with the Deepsea Challenger dipped back into the Challenger Deep. A robotic arm had a Rolex Deepsea Challenge attached to it. Since the watch rose again unscathed and undisguised from 11,000 meters depth, it can be arguably spoken of a "masterpiece of engineering". In memory of these dives, Rolex launched the Rolex Deepsea D-Blue in 2014 with a blue-black dial. 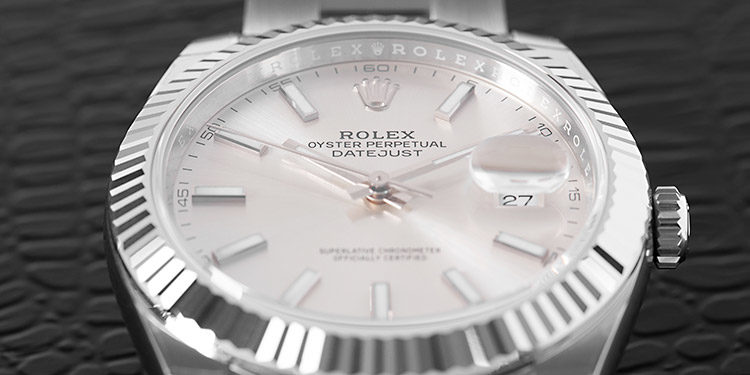 Not only in the deep sea but also on the highest peaks of the earth Rolex watches have proven their durability. In 1953, when Briton Edmund Hillary mastered Mount Everest's first successful ascent, members of her team wore Oyster Perpetual watches. As a tribute to this achievement and as an application of the technical knowledge gained Rolex created the model Explorer, which enjoys great popularity today among climbers and speleologists.

Even in the world of sports, the company has left a deep mark. For more than 50 years, Rolex has been a leading sponsor of many disciplines such as tennis, sailing and motorsport as they embody the company's quest for perfection. Meanwhile, the Nimbus of the brand has achieved such a shine that Rolex does not actively seek brand ambassadors – as the handmade swiss watches are worn by countless celebrities such as John F. Kennedy, Che Guevara, Arnold Schwarzenegger, Pablo Picasso, Eric Clapton, and the Dalai Lama out of pure enthusiasm.


The philosophy behind the success

One of Rolex's greatest successes is its consistency: its philosophy has not changed over the decades. Today, as 100 years ago, precision, reliability and the highest quality are values the company realizes with rock-solid determination. In order to meet its own demands, Rolex basically goes its own way in the production of its timepieces. The motto behind this approach – "The Rolex Way" – is an extra mile to the quality standards that only very few competitors can accomplish. It all starts with the evolution of the movements: every Rolex watch has a chronometer certificate – a high-quality passport which stands for accuracy that only a few models qualify for among Swiss watch movements.

It also includes the materials used, which are selected and tested with the utmost care. In addition, Rolex prefers to use its own materials to ensure a quality standard far beyond the usual industry level. Last but not least, these standards apply to every single watch that the Rolex factory is allowed to leave. All finished specimens are subject to extreme endurance testing to ensure their unrestricted performance in all conditions. 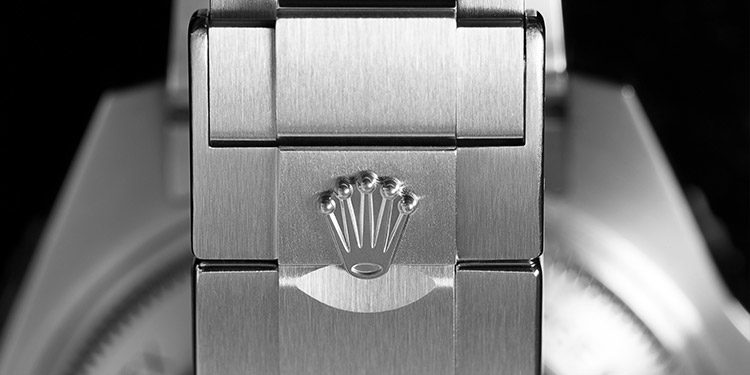 When making excellent timepieces, every little step is an important step on the way to creating a perfect product. Rolex was a pioneer in several areas: A major milestone in the company's success story was the development of the Oyster case in 1926. The world's first waterproof case is now the shell of most Rolex watches, protecting their inner movement from shock, dirt and especially water. The case back, bezel and winding crown are screwed to the middle section so that the housing is completely sealed watertight and thus protects the movement. Diving depths of at least 100 m are standard for all Rolex watches with the Oyster, special models such as the Rolex Deepsea even master a fabulous 3,900 m depth. Decisive for the success of the housing architecture is the robust center section. High-quality materials such as stainless steel "Oystersteel", 18 ct gold and platinum guarantee that the load-bearing element remains robust and elegant at the same time. The ribbed case back is tightened with a special key so that only authorized watchmakers get access to the inside of the watch. The counterpart to this is the serrated bezel, which must also be tightened with a special key and provides waterproofness. Meanwhile, it also contributes significantly to the recognition value of Rolex watches. Of course, its siblings are in no way inferior to waterproof ones. The case is crowned by the winding crown, which refines it visually and gives it the final touch. They are available as Twinlock and Triple crowns, each with two or three seals that guarantee hermetic tightness.


The selection of materials at Rolex

For the selection of materials, Rolex relies on in-house creations: The stainless steel "Oystersteel” is particularly corrosion-resistant and can be polished to a high gloss. Rolex's own superalloy belongs to the steel grade "Stainless Steel 904L", which is mainly used in space technology and industrial processing. The watches of superlatives are made for use in extreme conditions and thanks to innovative Rolex technology underwater as well as in the air. Rolex also follows strict regulations when processing other precious metals in order to guarantee excellent quality standards. The use of 18 ct gold guarantees the distinctive luster of the case and bracelets and their longevity. The white gold used at Rolex is created by an alloy of pure gold and silver. Rolex's Everose gold is created through a unique composition of gold and copper. When platinum is used, Rolex uses an alloy of platinum and ruthenium that provides an exceptional hardness. Another innovation from Rolex is called Rolesor. The unique combination of stainless steel and yellow or Everose gold case and bracelet Rolex patented in 1933. Rolesor stands for Rolex models in which the middle part of the bracelet, the bezel and winding crown are made of gold. The outer parts of the bracelet and the case are made of Oystersteel.