When speaking of luxury watches, three brand names will typically dominate the discussion. One of them is Omega – and quite rightly so. But why is that? After all, expensive watches are quite common, but when it comes to truly exceptional watches, the range quickly becomes more exclusive. We'd like to share 10 reasons why we love Omega – and who knows, maybe you'll fall in love with them too.


10 reasons why we love Omega

1. Omega and the moon landing

Since the end of World War II, there has been a certain tension between the USA and the former Soviet Union. Both parties didn't do each other any favours and let their rivalry play out during the Cold War by, among other things, a "race to the moon". But this competition wasn't only between these two world powers. In the course of the moon mission, NASA was looking for watches that could withstand the enormous demands of space travel and provide reliable service to astronauts. Virtually every watchmaker of note applied, but only the Omega Speedmaster passed all the tests and ultimately became the first watch on the moon on Buzz Aldrin's wrist during the Apollo 11 mission. The Speedmaster Moonwatch continues to commemorate this great moment in human history. 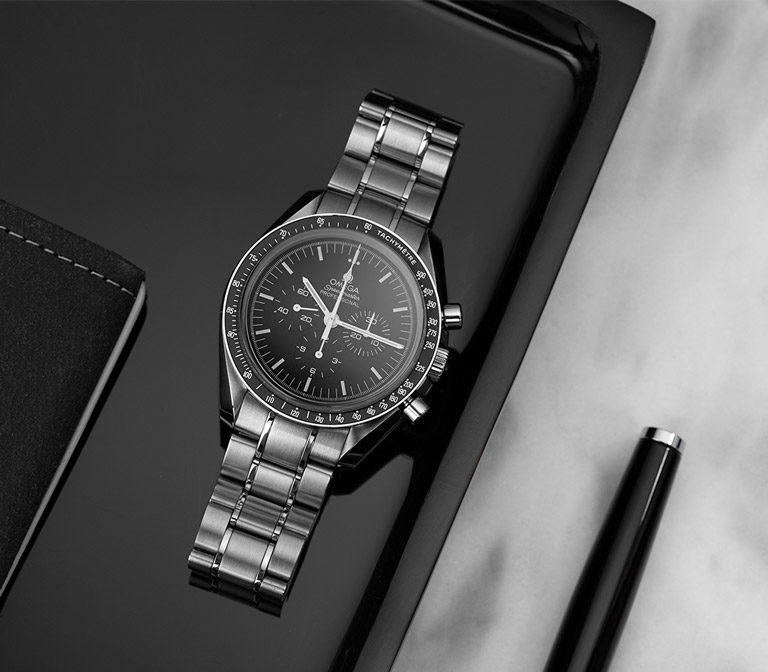 
This rather terse dialogue between James Bond (Daniel Craig) and Vesper Lynd (Eva Green) from the 2006 film "Casino Royale" sums up what Bond and Omega have in common: typically British and elegant understatement paired with functionality. While Bond wore watches from Rolex in the early films, the costume designer then decided that, in keeping with his Navy past, the secret agent should really wear an Omega Seamaster. No sooner said than done, Pierce Brosnan's Bond, the wrist of 007, merged unalterably with Omega watches. The superspy's choice is usually one of the models in the Seamaster Professional 300M, Aqua Terra or Planet Ocean collections. Thus, Omega has managed to secure one of the best brand ambassadors of all time: one who does not age, who will probably remain loyal to the brand forever – and one who saves the world every now and then.

A few engineers at Rolex must have shouted "witchcraft" when Omega outperformed the Rolex Milgauss by 15 times with the specially developed Seamaster Aqua Terra 150M > 15,000 Gauss. The Omega withstands magnetic radiation of up to 15,000 Gauss, while the Milgauss can only handle 1,000 Gauss. Moreover, with a list price of €5,500, the Omega is almost €2,000 less expensive than Rolex' anti-magnetic model. How could anyone not love Omega for a masterpiece with this value?

4. The deepest dive in the world

While we are on the subject of the competition between Rolex and Omega, we'd like to mention one more area where Omega has surpassed Rolex: the deepest dive in the world. James Cameron set a diving record with a Rolex Deepsea in Challenger Deep at a depth of 10,908 metres, which was specially constructed for this experiment. But Omega has dove even deeper – by a full 20 meters. The Omega Seamaster Planet Ocean Ultra Deep Professional reached an incredible depth of 10,928 metres attached to Victor Vescovo's wrist and to the submersible itself. Furthermore, unlike Cameron's Rolex, Omega's chronometer-certified specialized watch is designed for mass production. Triton, Neptune, Poseidon or Aquaman – if any of them were to purchase a watch, it would certainly be this legendary Omega. 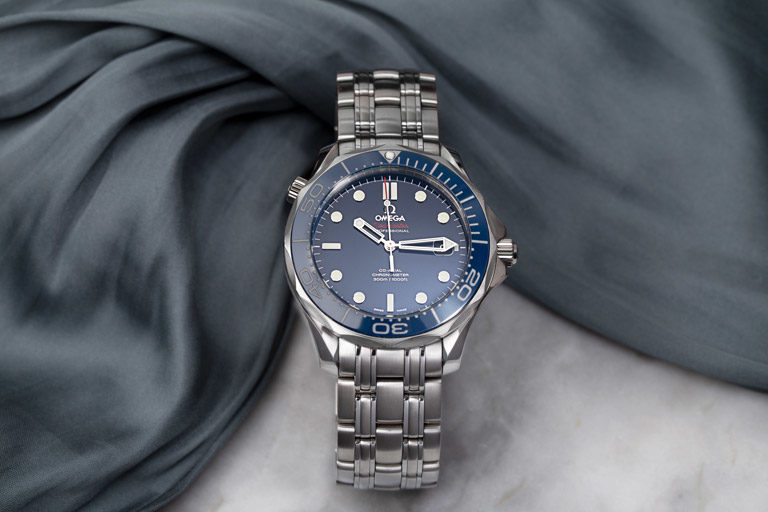 5. The partnership with Orbis International

It's not only in the movies that Omega takes a stand for a good cause like when James Bond saves the world time and time again. The company is also active in making the real world a better place. By sponsoring Orbis International, Omega contributes to the treatment and prevention of eye conditions, blindness and visual impairment in developing countries. Since 1982, the non-governmental organization has operated a flying eye clinic – an airplane with its own operating room. Since Orbis International is financed exclusively by private donations, the non-profit organization depends on help and has had Omega as one of its proud sponsors since 2011.

6. The timekeeper at the Olympics

Omega has been the official timekeeper of the Olympic Games 28 times since 1932. The company also uses high-precision timepieces to record athletes' times at the Paralympics and the Youth Olympic Games. Omega watches are known to be not only beautiful, but also highly functional. Omega consistently demonstrates this through its role in the Olympic Games. We are impressed by Omega's commitment to each historic event, as well as by the Olympic special editions that the company regularly releases during the Olympic Games.

7. An impressive range of models

This is definitely one of the most important reasons why we love Omega. The watchmaker's enormous range of models offers the ideal watch for every preference – from the elegantly understated De Ville to the sporty design of models like the Seamaster Diver 300M to prestigious limited editions like the Moonwatch in solid gold. Omega's series and special editions fulfil everything a heart could possibly desire. 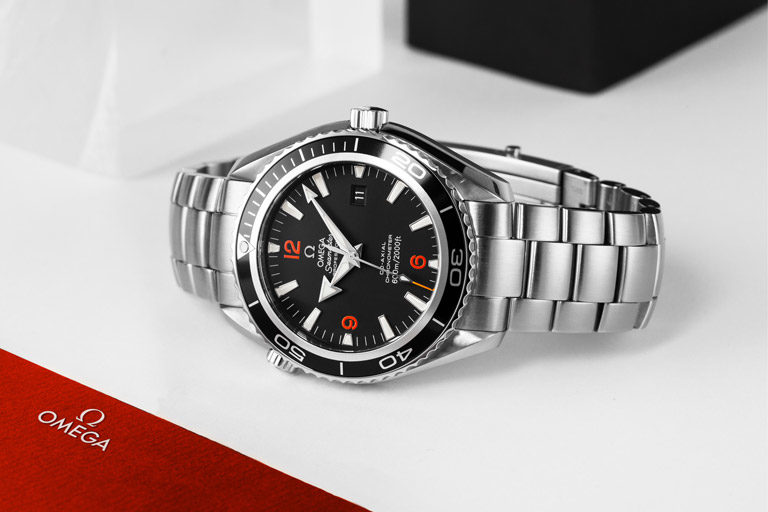 8. An entry into the world of luxury watches

Given the comparatively low prices for pre-owned Omega watches in some instances, we consider the brand to be a particularly good choice for entering the world of luxury watches. If you consider that with an Omega you are dealing with one of the big name brands, you will never go wrong with one of these watches. Alongside the reasonable prices, the wide range of models described above also contributes to the fact that an Omega could be the ideal watch to start your watch collection. Even if you only want to buy one special watch and stick your toe in the pool of Haute Horlogerie: If you choose an Omega, you cannot go wrong.

While some luxury watch manufacturers lack creativity in the presentation of their precious timepieces, Omega offers everything – from simple to extravagant. Watch boxes from Omega can be either elegant, understated red leather boxes or exclusive wooden jewellery boxes. Omega offers even more extravagant presentation boxes to new owners as well, for example, the Moonbox for the Speedmaster Moonwatch Chronograph. This box is more of a solid case than a simple watch box. The older Omega boxes of various vintage models stick out from the crowd and provide added satisfaction with a newly acquired watch. 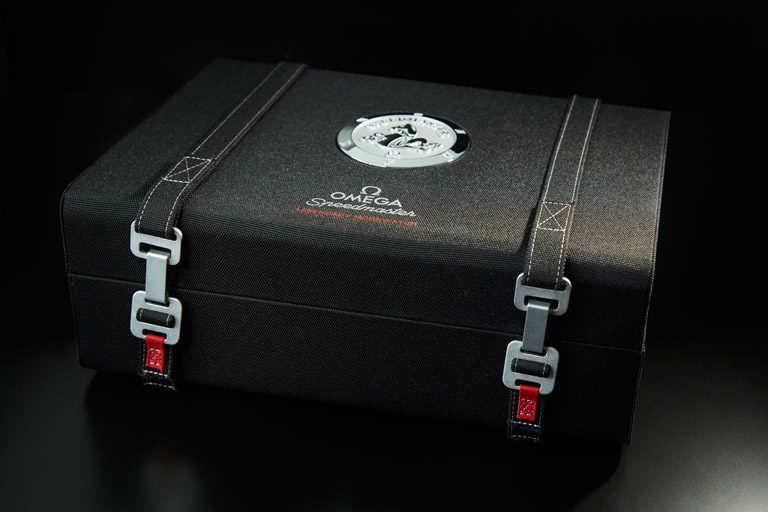 Omega began in 1848 when the young watchmaker Louis Brandt opened his first workshop in the small Swiss village of La Chaux-de-Fonds. In 1894, the brand name Omega was finally established and the success story has continued unabated ever since. Neither the October Revolution in Russia in 1917, nor the financial crisis of 1929 could bring Omega down. Instead, in 1930, Omega merged with Tissot to form a holding company from which the world-famous Swatch Group emerged over the decades. From its first small workshop in 1848 to present day, Omega has not only become a true institution, but also one of the world's finest watchmakers. Regardless of the competition, Omega has made its mark and has always been able to assert itself among its competitors. The company's 172 years of rich tradition is just another reason we love Omega.