About Queens, swim records and new standards: the history of the ladies‘ watch

Aristocratic houses and the birth of the wristwatch

It is well known that there would be no wristwatches without the influence of European aristocratic houses and, especially, the queens who wore them during hunting sessions and as decoration. As a result, wristwatches were quickly perceived as just ladies‘ watches only. At that time condescendingly referred to as „wristlets“, these watches were often just derided by men. This resulted in the fact that there are no complete historical records of these early watches.

However, there are some anecdotes known. Although Robert Dudley, Earl of Leicester, gave Queen Elisabeth I a watch as a promotional gift, a wedding would not take place. Once watches were established at the courts, Marie Antoinette commissioned a wristwatch with diamonds in 1783. Queens were now actively looking for new designs which opened up direct access to the royal houses for the first watchmakers.

Abraham-Louis Breguet presented his first ladies‘ watch to the Queen of Naples on 8 June 1810. Patek Philippe is also one of the early icons of ladies‘ watches: in 1869 a watch was delivered to the Countess Koscowicz of Hungary. Watches at that time were considered to be more of an accessory than a functional watch. Breguet, for example, designed a thin oval watch with a repetition movement resting on a bracelet made of golden threads. 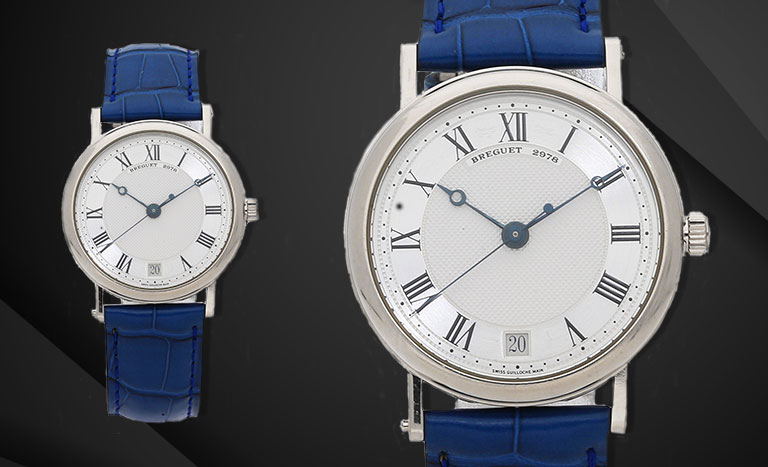 Meanwhile, men continued to wear pocket watches which would not change until the beginning of the 20th century. As war became more and more of an issue in Europe, pocket watches became impractical and men switched to wristwatches which were powered by calibres from ladies‘ watches however. There was also a movement at the home front: Due to the lack of manpower, women became an essential part of the watch manufacturing industry at the beginning of the industrialisation and particularly during World War I. The so called „Radium Girls“ became tragically famous after they were contaminated by radium, which was used as fluorescent material at the time.

Also the bigger brands started to enter the market of ladies‘ watches. Rolex was one of the first companies to recognize the economic value of women’s watches, and the Rolex Princess launched in 1920 was the most expensive watch to be found for a long time. In 1927, Rolex succeeded in partnering with British swimmer Mercedes Gleitze who wore the Rolex Oyster while she tried to swim the English Channel again. That’s right! Legend has it that Gleitze already swam through the Channel on 7 October 1927, but had to compete again when people began to doubt her success. The second time Gleitze got into the water, but this time with the Rolex Oyster around her wrist, she failed to cross the English Channel. However, as she withstood the cold of the water, the critics fell silent and her record got officially approved. Moreover, the watch’s strength had been proven and Rolex began to actively advertise with Gleitze.

Patek Philippe and the mechanical revolution of modern ladies‘ watches

Rolex deserves high credit for the fact that it backed up their campaigns with Mercedes Gleitze in those early years. However, historically, this should rather be an exception. In the 1930s, wristwatches gradually gained acceptance among men as well. The watches were marketed as „functional watches“ giving them a masculine profile. The watch industry reacted to this trend and increasingly focused its marketing activities on a male audience. Ladies‘ watches were often limited to just one or two series in the entire catalogue. Most of these watches were Dresswatches often equipped with a quartz movement. 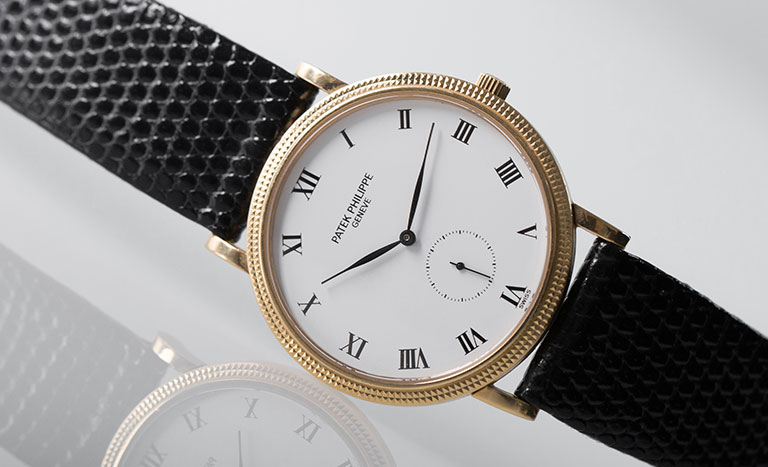 Some brands, however, stood out and still strive to satisfy the demand for ladies‘ watches with mechanical movements and sophisticated complications. The main difficulty arose from the fact that narrow cases provide less space. In particular, Patek Philippe and Creative Director Sandrine Stern made a positive impact. Starting with the Calatrava Travel Time (Ref. 4864) in 1997, Patek Philippe began to dominate the market for ladies‘ watches with complications.

The first perpetual calendar for ladies

In 2005, the company launched a perpetual calendar for women. This quickly turned into a bestseller resulting in a whole new range of ideas: Ladies‘ watches now contained moonphases, minute-repeating, skeleton dials and split-second chronographs. Other luxury watch brands such as Breguet, Harry Winston and Vacheron Constantin are now also developing own movements for ladies‘ watches. With DaLaneau, there is a brand that focuses exclusively on women’s watches.

END_OF_DOCUMENT_TOKEN_TO_BE_REPLACED

* Terms and conditions apply
All prices include VAT. If differential taxation in accordance with §25a UStG is applicable the VAT will not be reported separately.
Watchmaster ICP GmbH | Charlottenstraße 60 | 10117 Berlin | Germany
© Watchmaster ICP GmbH
# f226d9b7d