Personalities: The Dalai Lama and his watches

Personalities: The Dalai Lama and his watches

In 1989 he was awarded with the Nobel Peace Prize, he is the spiritual head of Tibetan Buddhism – and he, himself is a self-confessed watch lover. The speech is of course by Tenzin Gyatso, the 14th Dalai Lama. Granted, the ascetic monk is not the first name that comes to mind in connection with luxury watches. But the Dalai Lama has a weakness for mechanical watches and has been happy to disassemble and reassemble them for years. His personal collection consists of over 15 watches, about which, however, little is known. The native Tibetan wears his watches usually turned inwards on cheap elastic stainless steel bracelets, so that the housing and dial remain hidden.

However, three of his watches can be clearly seen in photos and we are able to identity them. In addition to a Patek Philippe pocket watch, given to him as a young boy from U.S. President Franklin D. Roosevelt, the monk also has two Rolex models whose origin is unknown. 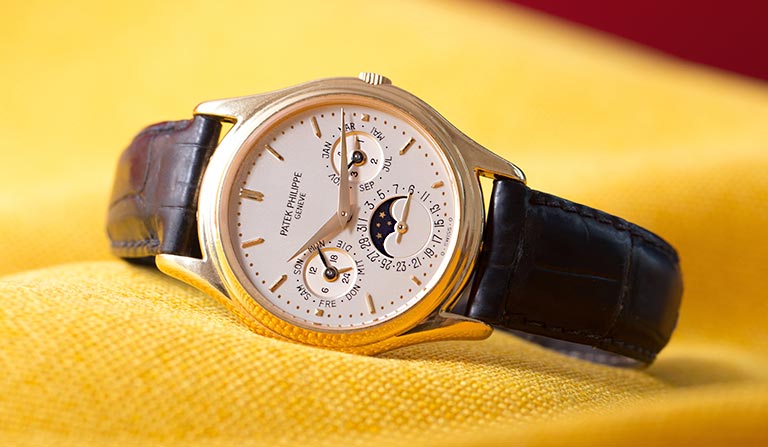 The first watch of the Dalai Lama, a Patek Philippe Ref. 658

His love of mechanical watches began very early: At the age of 6 or 7, the Dalai Lama received his first watch, from none other than the U.S. American President Franklin D. Roosevelt. Rumours and assumptions grew around the watch itself and its reference, as the Dalai Lama’s headquarters in Dharamsala always rejected journalistic questions. It was known for a long time that it was a Patek Philippe pocket watch – but then in 2016, pictures appeared on the internet for the first time. They were posted on US Senator Patrick Leahy’s Facebook page, who is known by cameo appearances in some Batman films (including Batman & Robin, Batman vs. Superman: Dawn of Justice and The Dark Knight Rises). They show the watch presented by the Senator to Dalai Lama. Eric Wind identified the watch 2016 in a Hodinkee article as a pocket watch with Ref. 658, of which only 15 were made between 1937 and 1950, a truly special gift! But the watch is probably just as special as its story, which Thomas Laird tells in his book Tibet – The History of a Country: The Dalai Lama in Conversation with Thomas Laird. Roosevelt did not hand over the gift personally. Two agents of the Office of Strategic Services (OSS), the predecessor of today’s CIA, offered the watch along with a letter from the president. Brooke Dolan and his colleague Ilay Tolstoy, who was allegedly the grandson of the famous author Leo Tolstoy, strictly followed the protocol: visitors silently handed over their presents and received a so-called ‚katha‘, a prayer shawl traditionally handed over. The two had a mission to find out more about the possibility of building a road from India to China, which was strategically important to the United States for supplying China during the war with Japan. 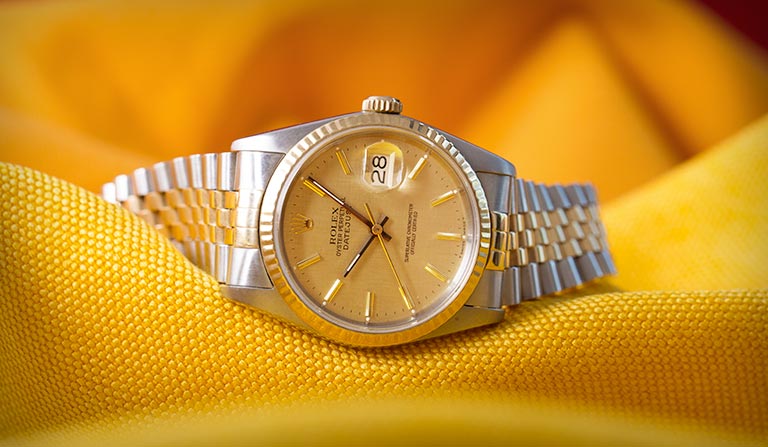 The Dalai Lama’s watch is a complex and rare specimen that displays the moon phases, date, day of the week and months. It aroused his enthusiasm for mechanical watches and watchmaking. A well-known photograph shows him working on watches. But he was sometimes more, sometimes less successful. For example, in one of his books he tells the anecdote: 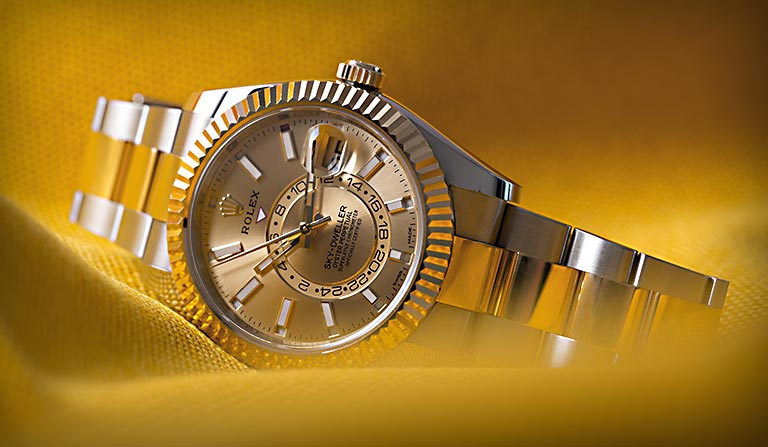 „Me as an example, I’ve always liked to repair watches. But from my boyhood I can remember a number of situations in which I completely lost the temper in dealing with the tiny, fine parts. I then picked up the movement and slammed it on the table. Of course, later on I was ashamed of my behaviour and regretted it, especially when I had to return one watch to its owner in a condition worse than their original one. „(Dalai Lama: The Book of Humanity: A New Ethic for Our Time)

Such a rare watch, of course, also raises questions of its value. Hodinkee cites two sales of the same reference, which valued at $ 253,605 and $ 357,909. According to the Dalai Lama, the watch was sent to Switzerland several times for repair, so it is functional, but bears some signs of wear. However, considering its famous owner and the history behind it, it is probably worth a whole lot more. 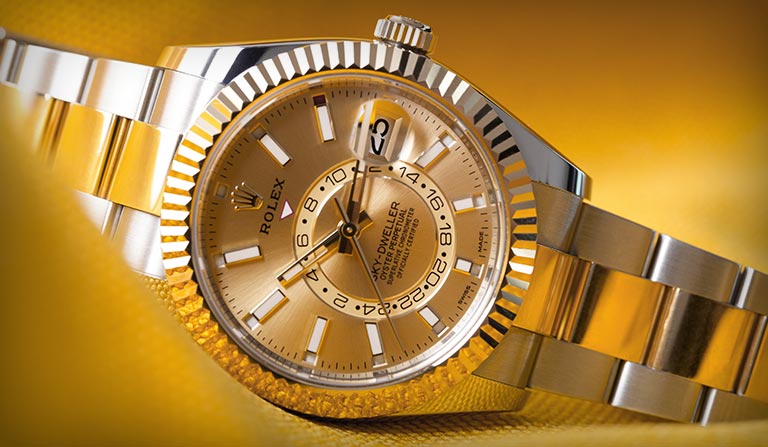 If you are interested in mechanical watches, there is no way around a classic Rolex. The Dalai Lama owns two models that are well-known: A Rolesor Rolex Datejust made of gold and stainless steel with a Jubilee bracelet and a Rolex Day-Date, both presumably gifts. The latter is made of yellow gold and has a blue dial, as seen in some photographs. Some people say that they are a sign of proudness among a monk, but if you look at the meaning of the colours in Tibetan Buddhism, you will see a beautiful picture: blue stands for heaven and spiritual insights, yellow for earth and the experiences of the real world. Thus, the watch purely by chance reflects the teachings of Tibetan Buddhism.

The Dalai Lama shows that the rejection of consumer culture can still be accompanied by respect for outstanding craftsmanship. However, he does not fail to emphasise that objects can not replace interpersonal relationships for him. „Watches have always fascinated me,“ he writes, „and although I particularly appreciate the one I wear most of the time, it never brings me any affection.“ (Dalai Lama: The Book of Humanity: A New Ethic for Our Time) 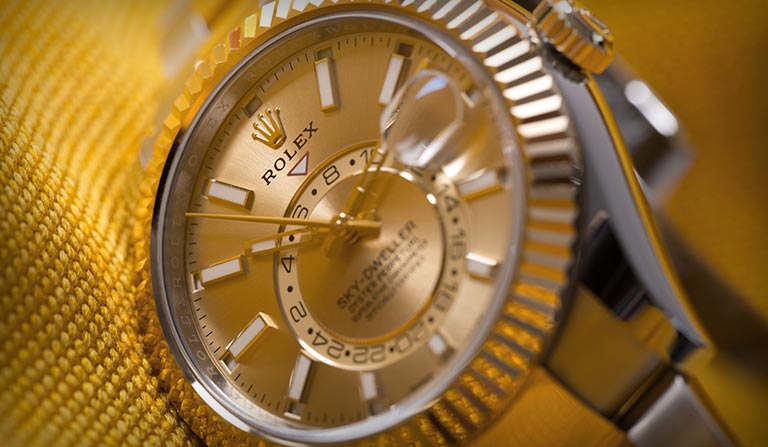 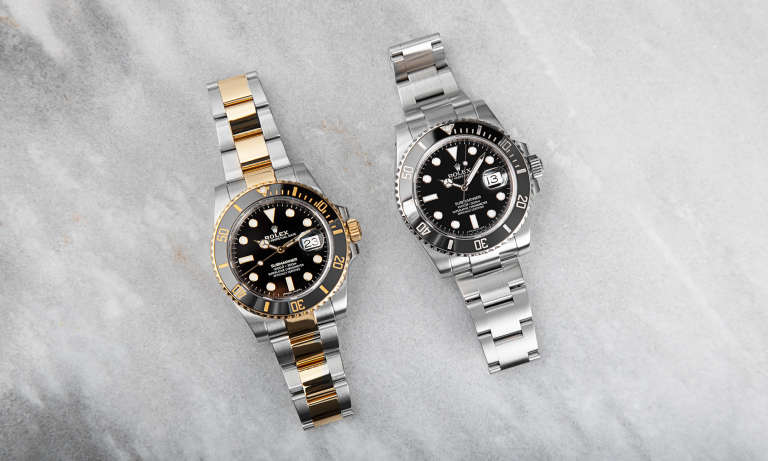 The whole world is talking about Swiss watch brands. From affordable fashion brands to exquisite luxury manufacturers, watches from Switzerland enjoy an impressive international reputation synonymous with precision and are appreciated for their quality worldwide. Let's take a look at the luxury watch market and answer the question: which Swiss watch brands are the …

END_OF_DOCUMENT_TOKEN_TO_BE_REPLACED 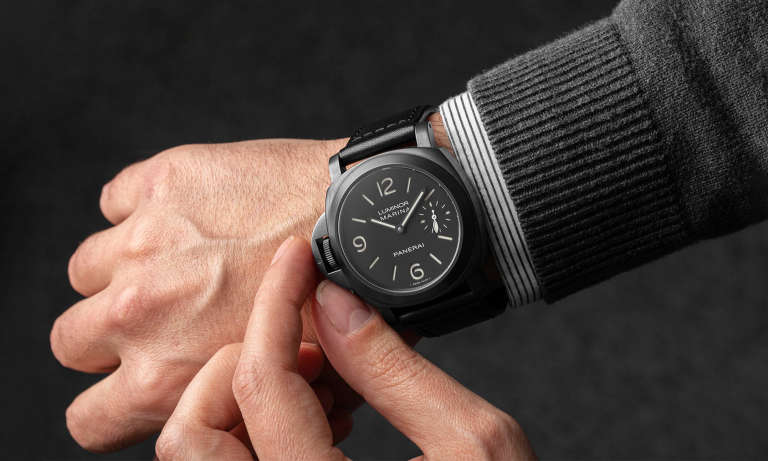 Left-handed Watches: What Makes These Watch Models So Special?

As a left-handed person, it is easy to feel cheated by everyday objects, as many of them are designed for right-handed people. And indeed, common everyday items like scissors often cause trouble for left-handers and even the wristwatch can be a nuisance when worn on the left wrist. It is quite common to wear the watch on the less dominant arm for practical reasons. Since …

END_OF_DOCUMENT_TOKEN_TO_BE_REPLACED 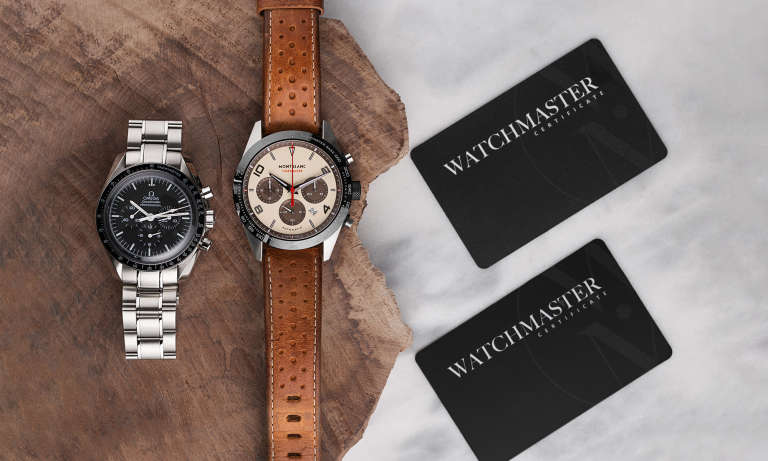 Watch Insurance at Watchmaster: Warranty Extension Up to 5 Years

Unfortunately, owning and wearing a luxury watch always comes with the risk of damaging beloved timepieces or even losing one – and unfortunately that's the reality. We have found a way to minimize this risk, however. Thanks to a new, optional watch insurance, it's now easy to extend your luxury watch's warranty. Find out how to do that here. Watch insurance: Comprehensive …

END_OF_DOCUMENT_TOKEN_TO_BE_REPLACED 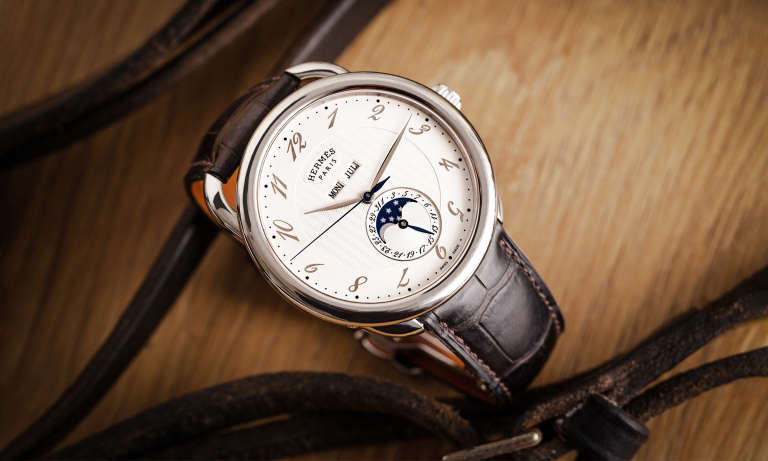 Hermès in Equestrian Sports: The Saut Hermès & the Brand's Origin

Since 2010, the Grand Palais Éphémère opens its doors once a year in March or April and hosts the renowned Saut Hermès in Paris. At this prestigious show jumping tournament, the world's best horse riders will meet in the 8th arrondissement of the French capital and demonstrate their skills. The French fashion brand and watch manufacturer Hermès is the host and …

* Terms and conditions apply
All prices include VAT. If differential taxation in accordance with §25a UStG is applicable the VAT will not be reported separately.
Watchmaster ICP GmbH | Charlottenstraße 60 | 10117 Berlin | Germany
© Watchmaster ICP GmbH
# 1729b3b71