By Manuel Lütgens, 7 October 2020
Hans Wilsdorf was a young entrepreneur, marketing genius and watch enthusiast. As the founder of Rolex, he was the force behind the brand’s success. At a time when pocket watches were popular, Wilsdorf had a keen sense of emerging trends. His vision: precision wristwatches which he developed to perfection. His own story is closely linked to the company, which was also his life’s work. Wilsdorf pioneered and set early standards on which the success of the luxury brand is based on today. 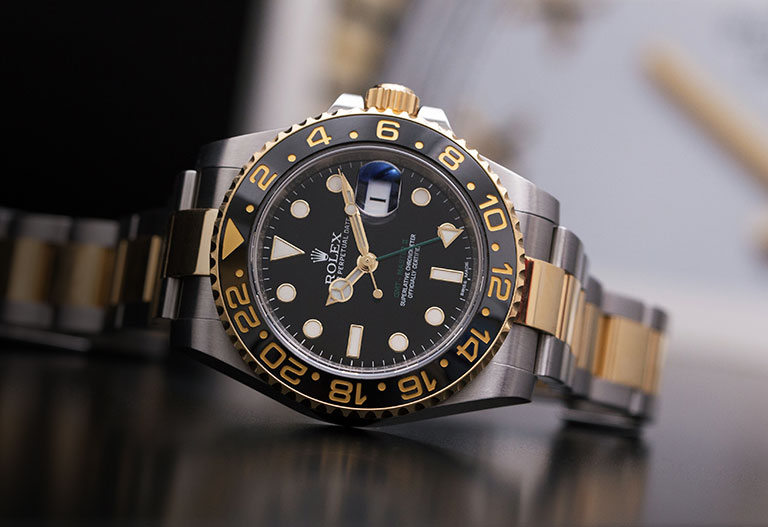 Since Rolex was founded in England, many assume that its creator was English. In fact, he was native German. Hans Wilsdorf was born as the middle of three children on March 22, 1881 in Kulmbach – northern Bavaria. His grandparents were wealthy, his parents owned an ironmonger in Kulmbach and so he spent the early years of his life carefree. When he turned 12 years old, both parents died shortly after one another. Wilsdorf and his siblings became orphans. His uncle took custody and sent him to a boarding school in Coburg, to ensure that with a good school education, a foundation for his later life was set. At the age of 19 the young man came, thanks to a school friend, to La Chaux-de-Fonds in Switzerland. There, he dived into the world of watches for the first time. Back then, La-Chaux-de-Fonds was one of Watchmaker’s premier watchmaking locations. The ideal place for Wilsdorf to gain exclusive experience and a love of watchmaking. 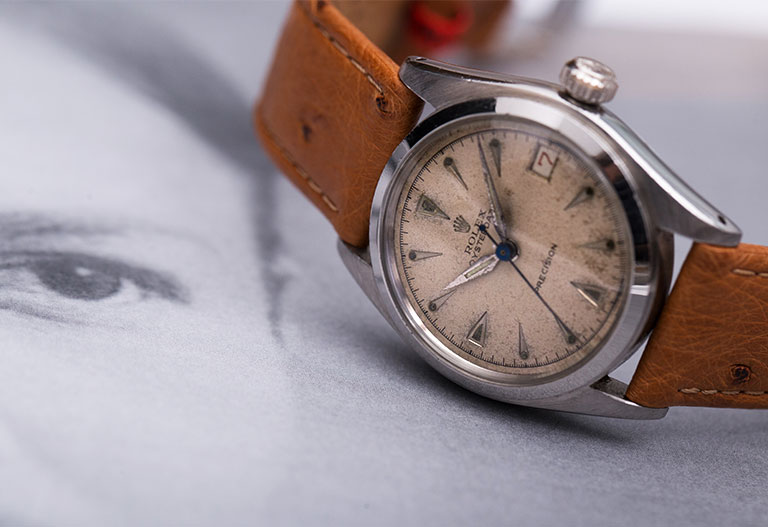 His first known job was at Cuno Korten, a Swiss watch exporting company. Wilsdorf conducted correspondence in english with clients from England and America and quickly became interested in movements and their mechanics. Above all, their precision and accuracy is what really fascinated him.

To start his own career in the watch world, he moved to London and found a suitable partner for his project. Together with Alfred Davis he founded his own watch company: „Wilsdorf & Davis“. While the general trend of the time was still the use of pocket watches, Wilsdorf guessed rightly that the wrist watch would soon replace them. In collaboration with a Swiss watchmaker, Aegler, the two began producing watches that quickly became successful. 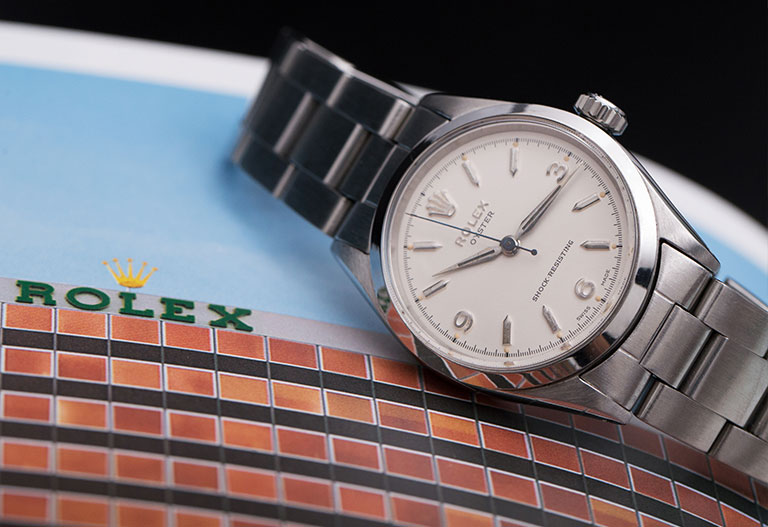 Rolex or "the birth of an empire"

This set the foundation for Wilsdorf’s success in the watch industry, but that was only the beginning. In 1908 Wilsdorf and Davis registered the brand name Rolex – the brainstorming had taken a long time. The name should be short enough to print perfectly on a watch face, be pronounceable in all languages ​​of the world and have no other meaning. „I tried every conceivable combination of the letters of the alphabet,“ said Wilsdorf. „So I got a few hundred names, but none of them met my expectations. One morning as I drove down Cheapside in downtown London on the upper deck of a horse-drawn bus, an inner voice whispered the word ‚Rolex‘ to me.“

He strove always for perfection, and the movements of his pocket watches were constantly improved – in 1910 his efforts were already crowned with success. A Rolex watch was awarded with the world’s first chronometer certificate in the Swiss city of Biel and set standards which the company still sets today. 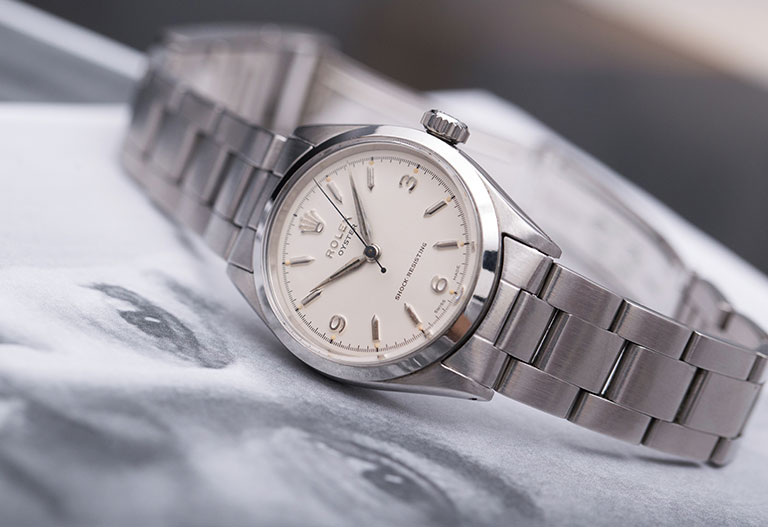 
Rolex moved to Geneva in 1919, which had become the centre of the watch world. In the following years, Wilsdorf’s genius was not only in the development of new, technically sophisticated watches, but also in their marketing. Back then, Wilsdorf focused on the key elements that still make up a Rolex today: robustness, precision and low maintenance. He knew how to present his inventions to the public, thereby giving them the greatest possible attention. This is what happened in 1926, when the Rolex Oyster also introduced the waterproof Oyster case, which today is the basis of almost all Rolex watches. A year later, when British swimmer Mercedes Gleitze became the first woman to swim through the English Channel, Wilsdorf equipped her with a Rolex Oyster watch to prove its exceptional water resistance. Gleitze’s record attempt failed because of the miserable weather conditions. After 15 hours and 15 minutes in icy water, she was brought back to the coast on a vessel – her Rolex, however, remained completely intact. In celebration of his success, Rolex posted an ad on the front page of the Daily Mail, making their watch globally famous. Mercedes Gleitze also became the first brand ambassador for the luxury brand. Coinciding with the invention of the Oyster case, Tudor was founded, a sister brand of Rolex, with which Wilsdorf pursued another vision: to make wristwatches that were cheaper but at the same time precise and reliable. 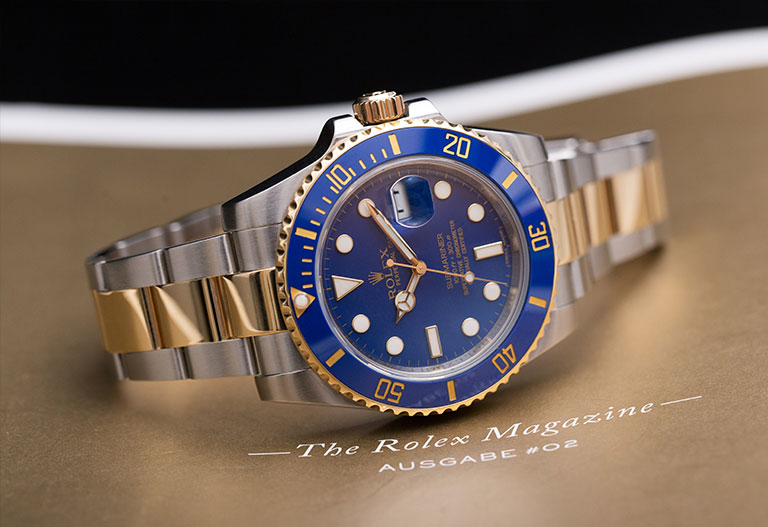 Wilsdorf also cleverly used other historic opportunities to show off his Rolex watches. When pilots first flew over Mount Everest in 1933, the crew was equipped with Rolex watches. Which also proved their efficiency in the air. Over the years, Rolex has established itself as an important sponsor and partner in numerous sporting events. Today it is hard to imagine sports such as tennis, golf or equestrian sports without their support.

In the following decades Wilsdorf’s watches developed rapidly. In 1945 the first Rolex Datejust was launched, in 1953 the Rolex Oyster Perpetual was presented at the first ascent of Mount Everest, and in the same year the Rolex Submariner launched as the company’s first diver’s watch. At the same time Wilsdorf slowly withdrew from the watch business: Since the death of his wife Florence Crotty in 1945, he transferred the responsibility for his life’s work to the Hans Wilsdorf Foundation, which has since belonged to Rolex. He died at the age of 79 in Geneva in Switzerland. 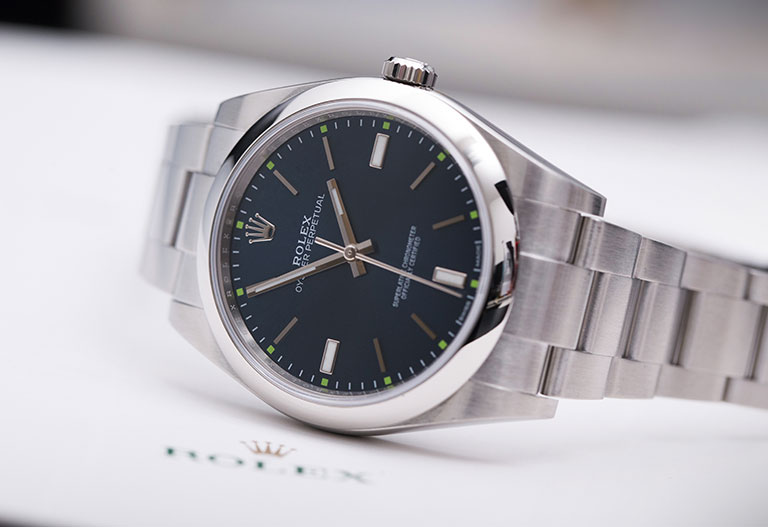