What do Oktoberfest, the cute beagle from the "Peanuts" comics and the last emperor of Vietnam have in common with the gunsmith of the British royal family? The answer is simple: all have dedicated rare limited editions of luxury watches. Let's take a moment to feature a selection of perhaps the quirkiest and rarest watches and special editions from the world of Haute Horlogerie.

No matter what it is – cars, stamps, handbags or even luxury watches. Rare limited editions always have a certain charm due entirely to their limited run. Let's take a moment to enjoy the different versions of traditional, extravagant and playful watches and revel in their exclusivity.

Hublot carrying the spirit of Oktoberfest

Germany is known around the world for cars that set standards, tasty German beer, and along with it, the notorious Oktoberfest. Year after year, the traditional festival in Munich attracts throngs of tourists from all over the world with its hearty food and loud music.

In 2017, Swiss luxury watch brand Hublot took the late-summer aura of the Theresienwiese, consisting of beer mugs, gingerbread hearts and fairground rides, as an inspiration to release a rare special edition of the Hublot Big Bang, limited to 100 timepieces, in partnership with German shoe manufacturer Meindl. When exceptional watch boxes alone are no longer enough to satisfy, the Hublot Big Bang Bavaria is the watch to turn to. Not only is it more Bavarian than BMW and Neuschwanstein Castle combined, but it was also unveiled as part of Oktoberfest. The Big Bang Bavaria was the first time Hublot utilized a bronze case. The bracelet, specially produced by Meindl for this version, is made of rough deerskin and based on typical lederhosen designs. Stag heads and oak leaves add the finishing touches to this special edition. This Bavarian Hublot watch enjoys the value of an absolute rarity and now demands prices of more than €20,000. 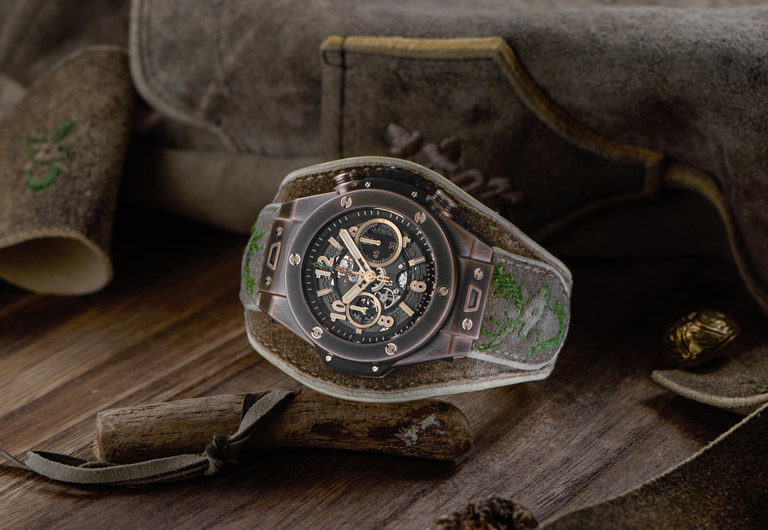 Since 1814, James Purdey & Sons has been as much a part of the British elite as corgis, butlers and tea time. The gunmaker has been a purveyor to the court of the British royal family since King George III and has been known as "The King of Gunmaking" ever since. Hunting and sporting rifles made by Purdey are slim, elegant and particularly ornately decorated weapons, which immediately give the impression of supreme exclusivity and pure luxury. When you remember that Purdey is older than the brands of Bentley, Rolls-Royce and Rolex, it is hardly surprising that one of the largest luxury watch manufacturers developed a limited special edition in collaboration with this tradition-rich brand.

The Panerai Luminor Sealand For Purdey divides even the Paneristi into two camps. Basically, this special edition is not really a novelty. Panerai essentially mounted the cover of a pocket watch over the case and decorated it ornately. What has been commonplace on pocket watches for centuries is being considered an absolute rarity on wristwatches. Since the first Luminor Sealand For Purdey in 2002, various other Sealand versions have been released. These have included "For Purdey" versions, but also models with engravings commemorating the Chinese year of the dragon, dog and snake.

But now to the controversy behind the Sealand for Purdey. With one of the more recent series, Panerai no longer offers only the typical shotgun embellishments with pheasants, ducks and birds of prey, but a model with Africa's "Big Five", consisting of the water buffalo, elephant, rhinoceros, lion and leopard. These animals have always been targeted by big-game hunters, but have become protected species. Neither Panerai nor Purdey are advocating big-game hunting with this special edition. They are merely beautifully decorated watches, made in partnership with a traditional British company, meant to commemorate the past and impressively showcase the artistry behind both crafts. 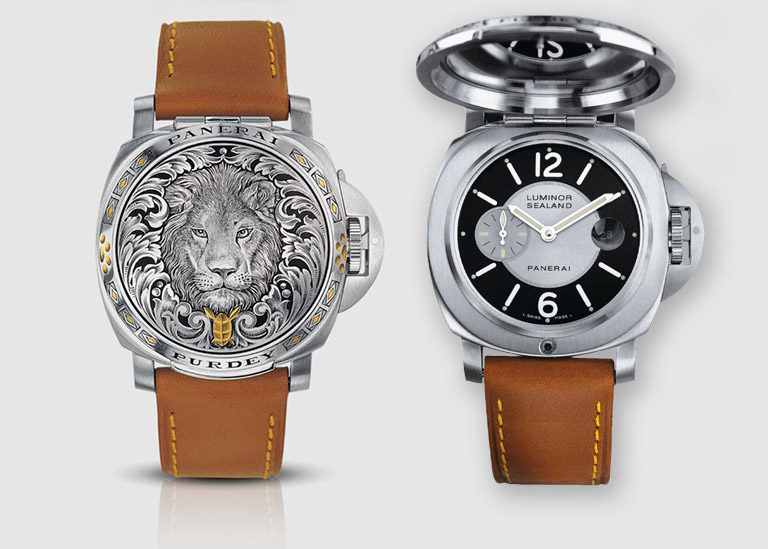 
If you want to purchase one of these rare and special watches, you can either visit Panerai's website to look for new releases or browse the pre-owned market. There, you will have to expect prices around €20,000 for these watches with a 44 mm diameter on a leather strap.

A Rolex for the last emperor

For many watch collectors, value retention is one of the most important considerations when buying a luxury watch. To be one of the most expensive watches in the world at the time of its first purchase as well as the subsequent two sales is quite the task.

The wristwatch of the last emperor of Vietnam is managed to achieve this feat. During a stay in Switzerland in 1954, his majesty Bao Dai acquired the most expensive watch made by Rolex at that time. This is a solid gold Rolex Triple Calendar with a moon phase complication, jet black dial, gold indices for the odd hours and brilliant-cut diamonds marking the even hours. This is a one-off production by the Swiss luxury watch giant – and also one of the few special editions that Rolex has released.

Already at the time of purchase, the Rolex Bao Dai, named after its owner, was the most expensive model in the Rolex range and even achieved the record for the most expensive watch in the world twice. When it first went up for sale at auction in 2002, it fetched a record price of €340,500. When it was put up for sale again at an auction house in 2017, it had lost its rank as the world's most expensive watch to a Split Seconds Chronograph under the Reference number 4113. In May 2017, however, it regained its throne at the Phillips auction house in New York, achieving a total of $5,060,472, the equivalent of just over €4.5 million, in a thrilling battle of bids between ten bidders in attendance and three anonymous telephone bidders.

This made the Bao Dai Rolex, which was considered by collectors to be the Holy Grail of Haute Horlogerie, once again the most expensive watch in the world – at least until the auction of the Paul Newman Daytona, which took place just under six months later.

A Snoopy special edition of the Moonwatch

When the command module of the Apollo 13 mission splashed down in the Pacific Ocean on April 17, 1970, the world heaved a sigh of relief. The mission's three astronauts had to handle an explosion of one of the oxygen tanks 300,000 kilometres from Earth and return to Earth. The legendary radio transmission "Houston, we have a problem!" went down in history. 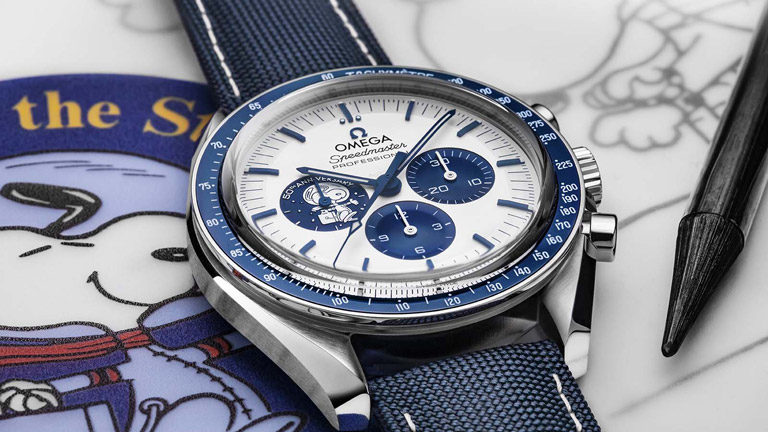 
To protect the life-support systems from being damaged, the men on the Apollo 13 mission switched off all devices consuming power – meaning that the computer responsible for time management was also disabled. In order to return to Earth, the window of time for the engine burn had to be performed to be exactly 14 seconds with no more than a minimal deviation. This was successfully carried out by astronaut John "Jack" Swigert thanks to his Omega Speedmaster Moonwatch, thereby saving the crew's lives. For this achievement, Omega received the Silver Snoopy Award, one of NASA's highest honours.

Naturally, Omega used this as an opportunity to launch limited special editions of the Moonwatch. To date, only two of these editions have been released, both with the famous comic beagle Snoopy on the dial and case back. Both editions are now only available on the pre-owned market and cost between €10,000 and €21,000, depending on the edition (Ref. 3578.51.00 or 311.32.42.30.04.003). These rare and extremely collectable watches show that Omega has an eye not only for exceptional watch boxes, but for unusual timepieces as well. The Moonwatch models are a playful reminder of one of the great moments in the history of mankind and, in addition to their indisputable technical brilliance, stand out for their exclusivity and lovingly designed details such as the specially marked first 14 seconds on the dial with the question "What could you do in 14 seconds?" underneath, as well as a replica of the Snoopy Award pin integrated into the case back. 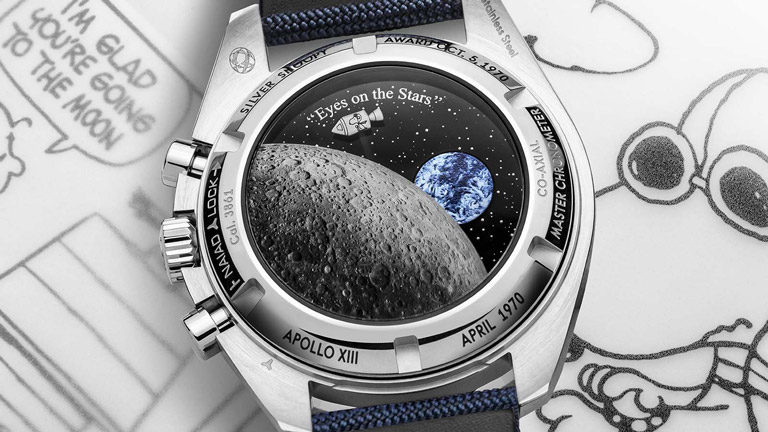 The Pride of Audemars Piguet

Why focus on only one country when there are so many beautiful countries in the world to feel proud of? This might be what Swiss luxury watchmaker Audemars Piguet thought and chose to express with love revolving around a wide range of countries.

The Audemars Piguet Pride Series currently includes the "Pride of Russia," "Pride of Germany," "Pride of Siam," "Pride of Mexico," "Pride of China" and "Pride of Indonesia," just to name a few. The models in the Pride family are based on Royal Oak and Royal Oak Offshore. These two chronographs are modified to reflect the respective country with some special embellishments and feature different dial designs and colours. The only way to find out which country is honoured is by looking at the watch's case back. There, you will either find a sapphire crystal case back that reveals the ornate pallet with the words "Pride of ..." or there is a case back with the coat of arms or a special representation of the country commemorated

Particularly in times of political turbulence and uncertainty, it is important to honour the achievements of other countries and to defuse conflicts. And so why not do this with an Audemars Piguet Pride of Germany on your wrist?