U.S. Presidents and their luxury watches

A watch on a President’s wrist exudes reliability, sense of duty and sovereignty, the timepiece can be understood as a statement to the public. Whilst today’s politicians often choose modestly cheaper models, it used to be a matter of course to see an expensive watch on high-profile politicians. Because of its prestige, it is no wonder that the choice fell frequently on Rolex watches. But the company itself is not completely uninvolved in this: After the Second World War, founder Hans Wilsdorf began offering his house watches to leading figures in world history, most notably the incumbent President of America. This is how the nickname “Rolex President” was coined for the fully golden Rolex Day-Date. 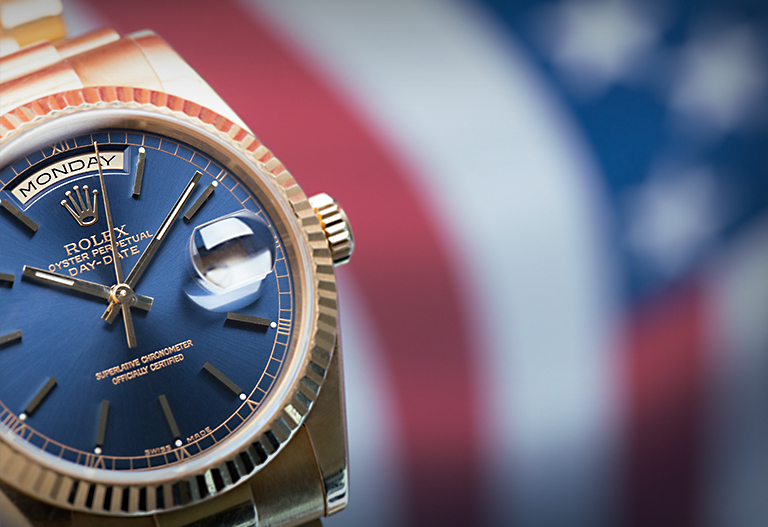 Which watch is the Rolex President?

The history of the presidential watch

The term has already caused some confusion. US Presidents wear Datejusts, some Day Dates, and then there’s the tripartite President bracelet . In fact, the term is correct with respect to both models. After the end of World War II, Rolex began to give watches to great personalities in human history. These were initially Datejust watches that did not yet have the nickname „President“ , but in fact were worn by Presidents like Eisenhower. The introduction of the more expensive Rolex Day-Date led to it being nicknamed „President“, which is still in use today. It is available in yellow gold and platinum only. Along with it was also the President bracelet that was only available in conjunction with the Day-Date. Today you can see it from time to time on other models, but this is still rare unless a specially requested by the buyer.

The tradition of giving away Rolex watches began in honour of a special milestone: To celebrate the production of the 50,000 watch in 1946, Hans Wilsdorf decided to give it to a special man, who in his opinion had a significant influence on the history of humanity – the Swiss General Henri Guisan, who had fought steadfastly against the National Socialists in the Second World War. He received a yellow gold Rolex Oyster Perpetual with white dial and reference 3372.

After the Second World War, Rolex began to produce more watches than before. The next milestone in Rolex history was when the production reached the 100,000th watch. This was offered in 1948 to the British General Winston Churchill. Churchill accepted the gift and received a Datejust in rose gold with a Jubilee bracelet, on the back of which he had his personal family crest engraved. 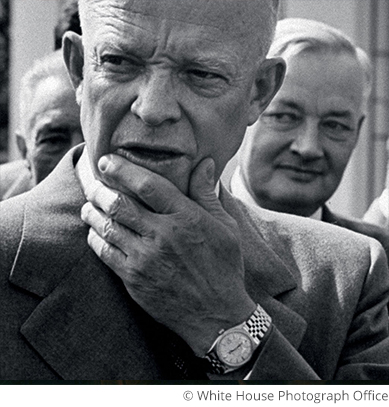 The 34th President of the United States is the first incumbent to receive a Rolex. This was the 150,000 Rolex produced – a Rolex Datejust Ref. 6305 made of yellow gold. On its back are 5 stars (Eisenhower was a 5-star general) and his initials „DDE“ engraved. The watch accompanied him for several decades and became world famous through its appearance on Eisenhower’s Life Magazine Cover. Before his death he donated it to sergeant John Moaney, with whom he had a close friendship. After his death, she passed it to Moaney’s wife Dolores, who sold it to the collector Raleigh DeGeer Amyx. It stayed with him for a substantial amount of time. In September 2014 it was then up for auction – but was not sold, because the highest bid was far below the expectations. The condition of the watch (the dial has been replaced and due to frequent maintenance it has a very thin case) and previous press reviews may have contributed to it. 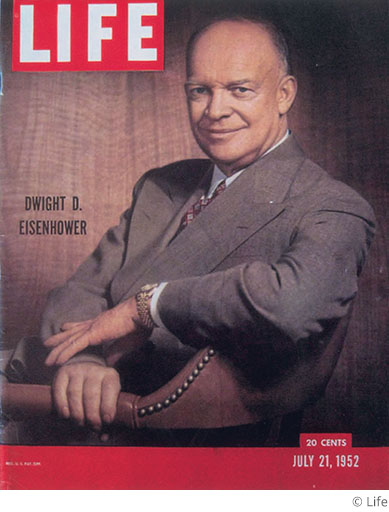 President Kennedy turned down the gift from Rolex and it is proven he was not wearing a Rolex watch during his tenure. Much more interesting, however, is the model that he did not wear and the legends surrounding it: it’s a golden Day Date that was supposed to have been a birthday present from Marilyn Monroe. In 1962 she sang the legendary „Happy Birthday“ for his birthday, many saw this as a confirmations of their affair. The inscription „Jack, With love as always from, Marilyn“ is engraved on the back of the watch. The president asked an employee to get rid of the watch and keep it away from the public. The Day Date did not resurface until 2005 and was auctioned for $ 120,000. Thus, while Kennedy is indeed the first president to have been given a Day Date, he never wore it and her nickname „President“ she got only with his successor Johnson. 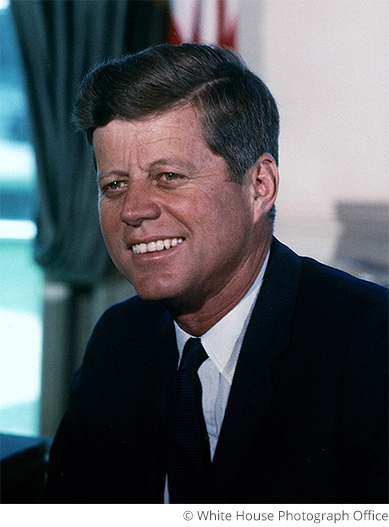 Kennedy’s successor, Lyndon B. Johnson, was the first president to wear a yellow gold Rolex Day Date with the newly introduced President bracelet. With him, the nickname Rolex President for the exclusive model established itself. Rolex used the opportunity once again for high-profile advertising and in 1966 an ad about the Rolex President was aired, which made its nickname even more popular. Johnson was known for giving Rolex watches to friends. Shortly before his death, he gave his cardiologist, which had taken care of him after his heart attack, a golden Rolex with the inscription „JWH / Love LBJ“.

The 40th President of the United States and actor, Ronald Reagan, was photographed more often during his tenure with a Rolex on his wrist. However, he wore no Rolex President, but a stainless steel Datejust with Jubilee bracelet. 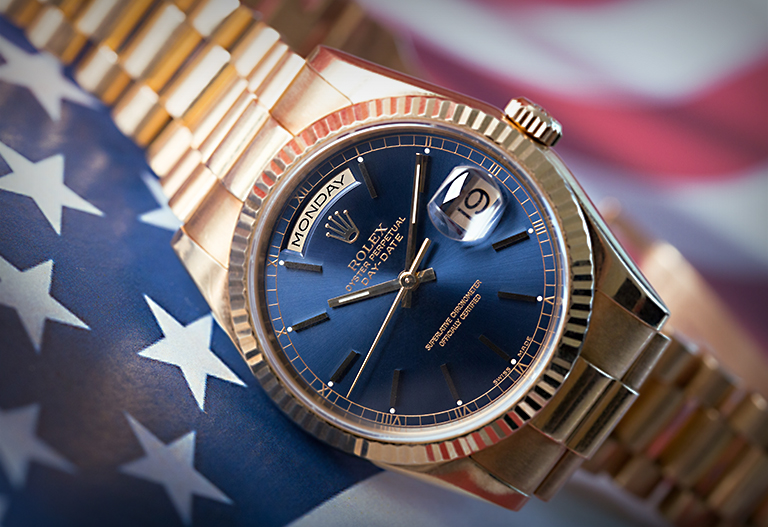 Today’s U.S. Presidents and their watches

Recently, the trend seems to have gone towards inexpensive watch models, possibly for image reasons. Bill Clinton was regularly seen wearing a Timex Ironman, which costs just around 50 US dollars. George W. Bush also wore an inexpensive Timex quartz watch during his time as President. Barack Obama, on the other hand, relied on a TAG Heuer before his candidacy and later also wore a Jorg Gray JG 6500, among others, which was a gift from the Secret Service. Before becoming US President, Donald Trump was often seen wearing a Patek Philippe Ellipse and a gold Rolex Day-Date. Privately, the former US president owns a large watch collection, but during his public appearances as President, his wrist was usually covered by his shirt sleeve.

The fact that Rolex watches are now rarely seen on the wrists of American statesmen may have several reasons. On the one hand, there are stricter guidelines regarding the acceptance of gifts, on the other hand, presidents nowadays are more careful to appear down-to-earth and approachable. After all, a person's image plays an important role in politics and can sometimes determine the success or failure of a career. Politicians should therefore definitely reconsider the choice of their wristwatch and the impression it creates. Nevertheless, the nickname of the Day-Date as Rolex President has remained – and since Rolex watches still lead the market, Joe Biden, who was elected the 46th President of the United States in 2021, also relied on a model of the brand with the crown during his inauguration: it wasn't a Day-Date, but a sporty Datejust 41 with a blue dial.

For those considering to buy a President watch, certified pre-owned luxury watches are a worthwhile alternative to purchasing a new watch. Historical vintage models can even turn out to be a profitable investment.