The topic evokes a special fascination: watch models with Grande Complication. For some watch enthusiasts, the purchase of such an exclusive luxury watch is comparable to finding the Holy Grail. But even for watch collectors who want to expand their watch collection even more, the complexity and elaborate craftsmanship behind the design and manufacture of such a timepiece is a reason for an intensive examination of the subject of complex watches. We would like to explain the history of Grandes Complications in more detail and show some examples. 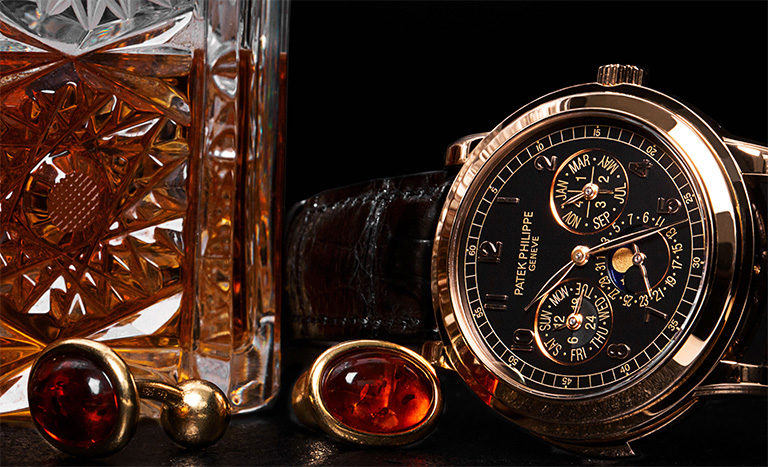 
What is a Grande Complication?

Even though watches with Grande Complication in their name reach high prices at auctions and the purchase of such a timepiece can prove to be a long-term investment, it has always been the ambition of watch manufacturers to advance the development of more complicated watches. Formerly, the flagship of a watch manufacturer was often referred to as a Grande Complication. Many companies defined themselves by the complexity of this timepiece and thus measured themselves against their competitors. 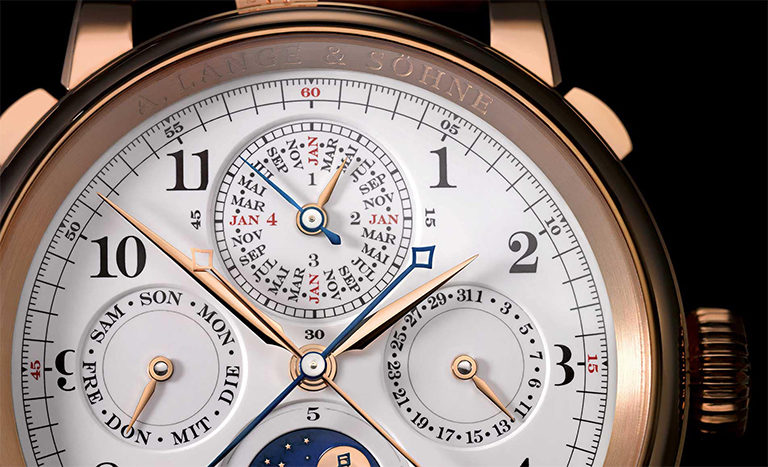 
What is a complication in watches?

Complications are modular additional functions that use the movement but are not included in it. The term "complication" originates from the late Latin word "complicatio", which described the wrapping or entangling of something. The appearance of a movement is already complex enough due to its multitude of gears, pins and crowns. If one considers the many additional, intertwined individual parts of a complication, the designation of a complication as a further "entanglement" certainly makes sense. There are a number of different additional functions, some of which we would like to present you in more detail.

The amount of complications is numerous and can be increased nearly infinitely. For the sake of simplicity, this list is limited to the most well-known additional functions.

Grandes Complications, timepieces that combine several of the additional functions mentioned above, are rare and not easy to find. Not to mention the financial aspect. Nevertheless, there are always small treasures to be found even with used luxury watches. The following models belong to the most well-known examples of Grandes Complications and are regarded as outstanding masterpieces of Haute Horlogerie.

A superlative of a Grande Complication

When it comes to the art of integrating several complications into one watch model, Patek Philippe is definitely one of the front runners. The watchmaker has already twice succeeded in building the most complicated watch of the century. The Grand Complications Ref. 5207P-001 is another example of why the name Patek Philippe appears sooner or later in every report on watch complications. This model has a minute repeater, moon phase display and a perpetual calendar. The repetition in particular is one of Patek Philippe's specialties. The minute repeater sounds particularly bright thanks to its platinum case.

5 watchmakers for the restoration of one watch

The Grande Complication Nr. 42500 is a particularly exceptional masterpiece. It was unveiled by A. Lange & Söhne in 1902 and sold to a private individual from Vienna. After disappearing without a trace for almost a century, the timepiece found its way back to A. Lange & Söhne, but in very poor condition. It took many 1,000 hours of work for a team of five watchmakers to restore the watch and return it to its original functionality. The time invested in this vintage luxury watch has definitely paid off: as a historically and culturally valuable gem, the pocket watch is now on display in a museum. 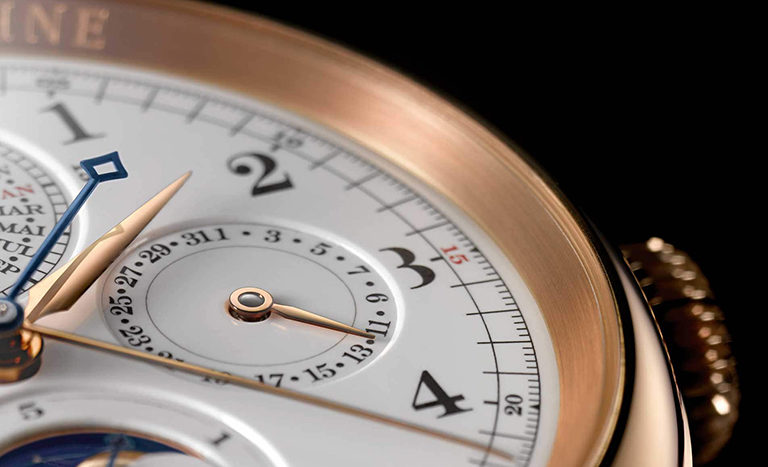 All that can happen during the production time of a Grande Complication is impressively demonstrated by Breguet's No. 160. Commissioned in 1783 by Count Hans Axel von Fersen, who dedicated it to Queen Marie Antoinette, Abraham-Louis Breguet set about creating the highly complicated pocket watch. The beginning of the French Revolution, the tragic end of the royal family and Breguet's flight into exile halted work on this watch for seven years. It was not until 1827, four years after Breguet's death, that his son completed the watch, which since then has been known as "Marie Antoinette". At the time of its unveiling, it had every complication known at the time. A spectacular theft from a museum made it even more famous. Today, it is said to be valued at 30 million US dollars.

For the occasion of its 250th anniversary, Vacheron Constantin created seven remarkable watches with grand complications. The "Tour de I'lle" features 16 complications, including a minute repeater, moon phase, sunrise and sunset display and perpetual calendar. The models are made of pure gold and each consists of 834 individual parts. It took more than 10,000 hours of work before the models could be presented. At one auction, one of the watch models sold for 1.56 million US dollars.

The most complicated watch in the world

The Jaeger-LeCoultre Hybris Mechanica à Grande Sonnerie could claim to be the most complicated watch in the world, albeit not for long. 26 complications, including a perpetual calendar with date, day, month, year and leap year, a Grande Sonnerie, a Petite Sonnerie and a power reserve indicator for both movement and repeater. An additional special detail was that it was the first wristwatch to feature the full melody of the church bells at Westminster Abbey.

A masterpiece for 2.7 million dollars

Naturally, there must always be a watch or a watchmaker who surpasses even the most complicated of timepieces. Franck Muller, also known as "The Master of Complications", developed the Aeternitas Mega 4, which has 10 more complications than the Jaeger-LeCoultre model. The built-in calendar is valid for the next 1000 years, while the movement itself consists of 1,483 components. Similar to the famous Grande Complication by A. Lange & Söhne, this watch is the only one of its kind. It was sold at a record price of 2,700,000 US dollars to a watch collector from the USA and ceremoniously handed over in the presence of Franck Muller. Without any doubt, this model has earned itself a place among the most complex Haute Horlogerie calibres.