If you are considering to buy a pre-owned watch, you will generally inform yourself about the movement specifications, the water resistance or, for example, the material used for the model – but rarely about the crown of the watch. In the following article, we would like to tell you about this often overlooked but nevertheless important feature of a watch.

What is a watch crown?

The crown is a direct connection to the movement inside a wristwatch and is located at 3 o'clock on most watch models. The watch crown is classically considered part of the case. Seen in this way, it is the end piece of the winding mechanism's shaft and the decisive connection between the outer and inner components of a watch. 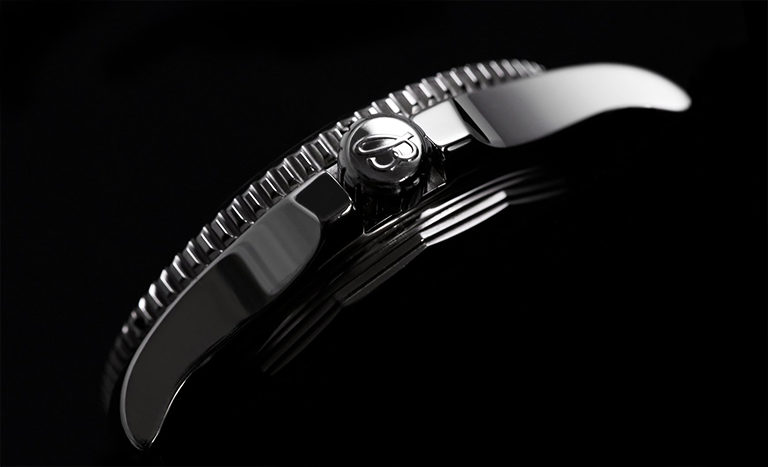 The functions of the watch crown

In classic wristwatches, the crown has two functions. Its first function is to control the watch’s hands to set the time. This is done by setting the entire hand movement in motion, including the minute tube, minute wheel and hour wheel. By pulling out and turning the crown, the hands of the watch can be moved to the desired position and thus the exact time is set.


The Breguet family and their contribution to watch history

The crown often has a ribbed surface to make it easy to hold and use in various situations. This design goes back to the first winding crown on a watch. In 1830, the first model with a winding crown was sold by Antoine Louis-Breguet. Until this time, watches were still wound with a small key. The end of the pendant, which was used to set the time and wind the movement, was called the "knob". Fortunately, the much more elegant name "crown" was eventually adopted. The appearance of modern watch crowns still recalls this important stage in the development of the wristwatch. 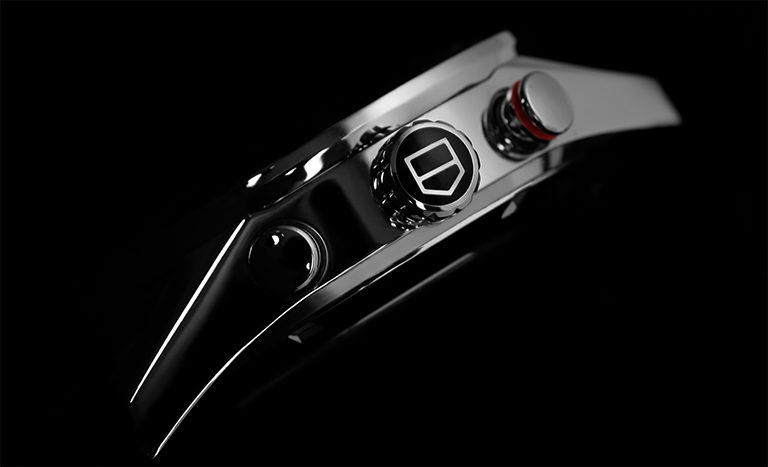 The most common crown shapes

Various crown shapes have developed over time, which often provide information about which watch type or brand the model belongs to. The most common crown shapes include the following:

The placement of the crown also plays a practical role alongside its aesthetic one. On diving watches, they are usually positioned at 2 or 4 o'clock instead of the classic 3 o'clock position for more protection and avoid any uncomfortable pressure on the back of the hand. There are also models where the crown is positioned at 9 o'clock. This particularly comes to the delight of left-handed watch enthusiasts.


The crown as the weakest point on a watch

The crown is, aside from its practical use, also the weak point of a watch. This is where dirt and water can easily penetrate the inside of a watch. For this reason, watch manufacturers have used various measures to protect their models. 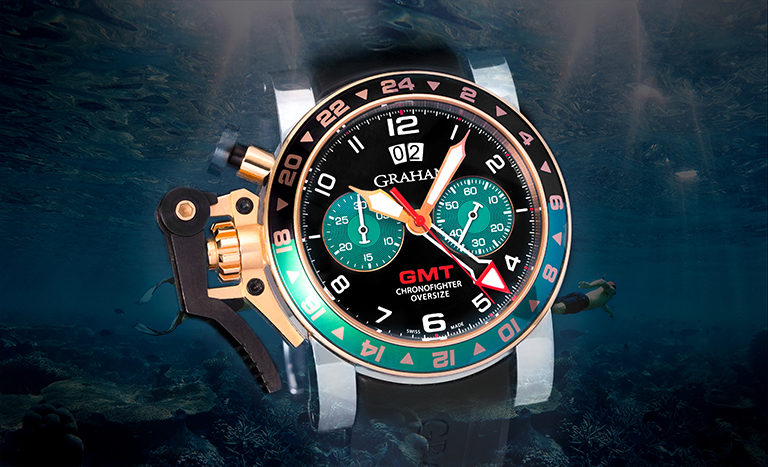 
In 1926, Rolex started using a screw-down crown on its models and thus introduced the first waterproof watch. The principle is that by simultaneously pressing and screwing the crown down, a sealing ring located on the inside of the crown is pressed against the case, thus ensuring water-resistance. Omega introduced a special form of screw-down crown in the 1970s. In the case of the Omega Seamaster PloProf (Ref. 166.0077), the crown is secured by an additional protective pendant and screwed to the case. Furthermore, the crown on this model was moved to the 9 o'clock position to prevent accidental adjustment. The complicated construction of the PloProf guaranteed water resistance for up to 600 meters. Other manufacturers seal their timepieces with one or more sealing rings in the crown. Depending on how much effort is invested, it is determined whether and how much water pressure your watch can ultimately withstand. In any case, you should know the information about water resistance and its meaning to ensure that you can enjoy your watch for a long time. 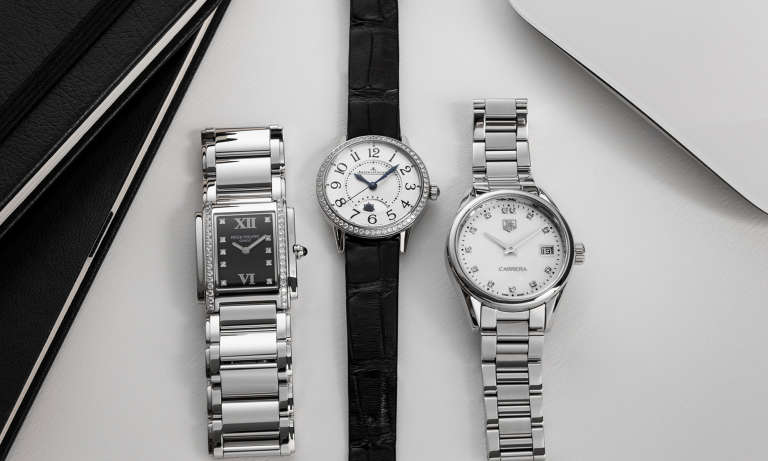 Best Business Watches for Women to Wear in the Office

As a professional woman, you can enjoy more freedom in the range of accessories than your male colleagues, but you should still be aware of a few basic rules regarding combining pieces of jewellery. Let's have a look at a selection of the best women's business watches that will round out your outfits and accompany you well in your career at the office. The Best Women's …

END_OF_DOCUMENT_TOKEN_TO_BE_REPLACED 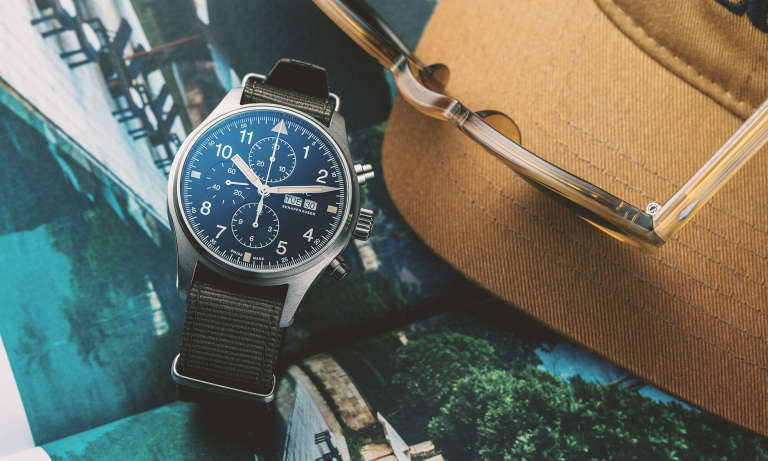 When adventure, action and adrenaline beckon, it is hard for some to ignore the call. Anyone who doesn't hesitate and immediately heeds this invitation must be able to blindly rely on their equipment. Naturally, this includes a trustworthy timepiece that can withstand both extreme situations and weather conditions. Here is a list of the top ten luxury watches for adventurers. …

END_OF_DOCUMENT_TOKEN_TO_BE_REPLACED 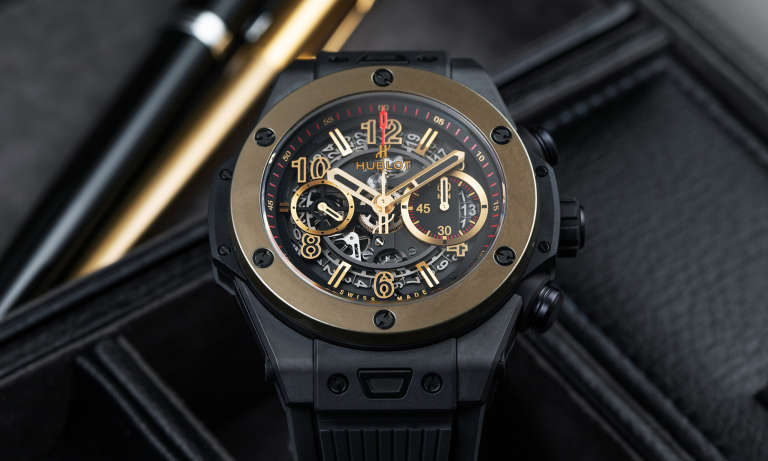 10 reasons why we love Hublot

Few brands on the Swiss luxury watch landscape manage to polarize like Hublot with its sporty, distinctive designs, luxurious materials, and a reputation that precedes them. Either you like the watches from the Nyon-based manufacturer or you don't – and there doesn't seem to be much room in between. That said, it wasn't difficult for us to find ten reasons why one has to …